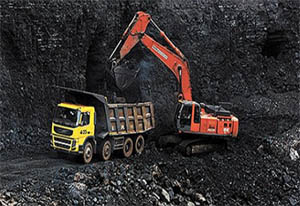 New Delhi: The first stretch of the Mahanadi Coal Railway Ltd (MCRL), being set up to transport coal from Talcher Coalfields, is expected to be functional in 2022, and ensure faster movement of coal rakes to Paradip and Damra ports, decongest the rail network, and reduce the transportation cost considerably.

To ensure efficient coal evacuation, construction of rail lines started in a phased manner in Talcher Coalfields namely MCRL. The Ministry of Coal has identified construction of MCRL Phase I & II project as a high Impact project under PM Gatishakti.

The Alignment of the project traverses through Angul district in Odisha. Angul and Jarapda are existing stations of the Indian Railways network. Balram is an existing loading station in Talcher –Balram private siding of MCL.

Under the MCRL’s Phase-I, the 14-km-long Angul-Balram corridor, expected to be operationalised by this year, will have movement of 25 MT coal from MCL mines in Talcher Coalfields.

Phase-II, the 54-km-long Balram-Jarpada-Tentuloi span, is expected to be commissioned by December 2025 and provides connectivity to allocated coal blocks on the southern side and central part of Talcher Coalfields.

Work is progressing rapidly, as notification for land acquisition and forestry clearances have been obtained, the Ministry said, adding that this line will cater to evacuation of around 58 MT coal from CIL and non-CIL coal blocks in Talcher.

The Ministry said that shipping routes are much cheaper compared to the rail network and will improve coal availability in the southern and western region of the country.

The rail corridor will improve faster movement of coal rakes to Paradip and Damra ports thereby decongesting the rail network and this will also reduce transportation cost considerably.

Talcher Coalﬁelds of Mahanadi Coalﬁeld is one of the largest with about 52 BT of coal resources, which is 15 per cent of total prognosticate coal resources in the country. Of the available resources in Talcher Coalfield, more than 63 per cent (33 BT) lies within 300 metres depth, presenting significant potential for open cast mining, Coal Ministry said in a statement here on Monday.

Talcher coalfields produced more than 95 Million Tonne (MT) coal  during  FY22 and likely to produce about 200 MT in FY 2024-25 and about 300 by FY 2030 from Mahanadi Coalfields Limited (MCL) and allocated coal blocks, it said.

Tathya Correspondent - September 3, 2021 0
Bhubaneswar: In order to streamline the sand mining process, the State Government has come up with a very comprehensive Odisha Sand Policy,...