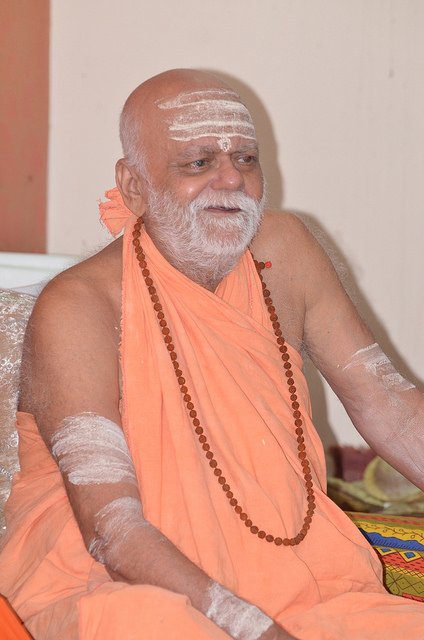 “It is the responsibility of the State Administration to ensure that a place of pilgrimage is not converted into a centre of amusement and pleasure,” the Seer said.

“We support development but we are not in favour of elimination of the existence of pilgrim sites in the name of development. Mutts are being demolished in the name of widening of roads which is not acceptable,” he further said.

The idols of the deities were also evicted and the process is still underway. It will invite the ire of the deities and the people of this State will face the consequences, the seer said.

Stating Puri is the pilgrimage capital of Odisha, the Shankaracharya said the Government should not turn this Tapobhumi into a Bhogobhumi. The Puri beach has already turned into a drinking point. The holy town should not be made a centre of Surasundari, he stated.

“A secular administration can only extend cooperation in affairs related to religious places but can’t take and execute decisions. The Prime Minister and Odisha Chief Minister should pay attention to the fact that Puri is being distorted in the name of development,” he concluded.

Meanwhile, Governing Biju Janata Dal (BJD) sought cooperation from all quarters for early completion of the project in view of the upcoming Rath Yatra and Monsoon.

Party Spokesperson Lenin Mohanty said that the project was prepared and recommended by the Srimandir Managing Committee led by Puri King.

Firstly, the plan was prepared and kept in public domain for the opinion of people and various organizations. Thereafter, the plan was recommended by the Managing Committee, he said.

The project then came to the State Government which could have approved it. Instead, it decided to take it to the people of Odisha in the Odisha Legislative Assembly. There the plan was passed unanimously by all MLAs without any opposition,” said Mohanty.

He further said that after approval of the plan, it was sent to the National Monuments Authority (NMA) which approved the proposal.

“After approval of the NMA, the foundation stone was laid for the project. For this ceremony, leaders of all political parties, as well as various other dignitaries, were invited. After this, the work was started.  ASI gave certain suggestions which were duly incorporated and modifications done accordingly,” pointed out the BJD leader.

Mohanty also said that after consulting people and various organizations, unanimous passing of the Plan by the Odisha Legislative Assembly and subsequent approval by NMA this plan is being implemented. 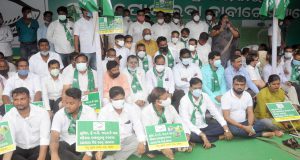