Bhubaneswar : In an aim to bring transparency in management of fuel poured in different vehicles engaged by fire service, the State Government is going to introduce Post-paid MV fleet cards in two districts on pilot basis.

To infuse transparency as mandated under 5T, introduction of post-paid MV fleet cards was finalised during a meeting held in the office of Fire Services Directorate on Friday with IOCL authorities.

Initially it was decided to start in two districts of Khordha, Cuttack as pilot projects for fire service vehicles. Later, it would be extended to other districts.

IOCL will be giving 0.5 point redemptions for purchase of POL which will be deposited to the state exchequer. Additionally, drivers of fire tenders will be covered with insurance upto Rs 5 lakhs, officials said.

As part of preventive vigilance on fire safety and security issues, Mr.Upadhyay has been strategizing by outreaching to major stakeholders. He highlighted important ingredients of an effective response system through integrated institutional arrangements, state of the art forecasting and early warning systems, safe communication system, rapid evacuation, quick deployment of specialized response forces and coordination and synergy among various agencies at various levels in dealing with refinery-originated fire disasters.

The DGP Fire Services expressed satisfaction about the availability of one HAZMAT vehicle at Paradeep Refinery complex which can exclusively deal with such type of fire originating from Chemicals sources. IOCL authorities were impressed upon to procure more such vehicles for Balasore, Jatni, Jharsuguda depots.

Provisions under Odisha Fire Prevention and Fire Safety Rules were deliberated for compliance on appointment of fire supervisors and their training.

All major depots were found to be having valid FSCs including major buildings of IOCL complex at Paradeep. DGM (Fire Safety) Paradeep refinery mentioned about availability of 111 trained CISF firemen with latest fire safety equipment.

It was emphasised to have professional exchange of knowledge, skill mutually and for sparing fire safety resources of IOCL towards disaster management.

Towards objective of better fire safety compliances as mandated under 5T for directorate, DGP Fire Services and senior officers took stock of FSC issues of all cinema halls/multiplex/hospitals and nursing homes on June 16 through video-conferencing with all range fire officers, DFOs, AFOs of State.

During the meeting, DFOs were advised to follow up with non-compliant institutions by moving to appropriate licensing authorities as per provisions under Fire Safety Rules 2017. 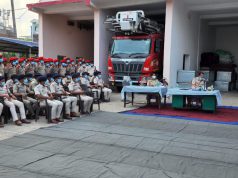 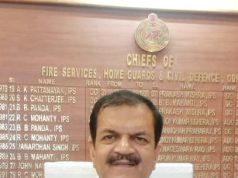 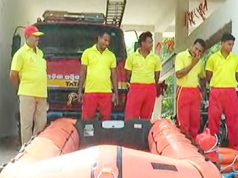 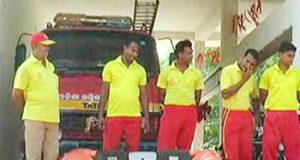