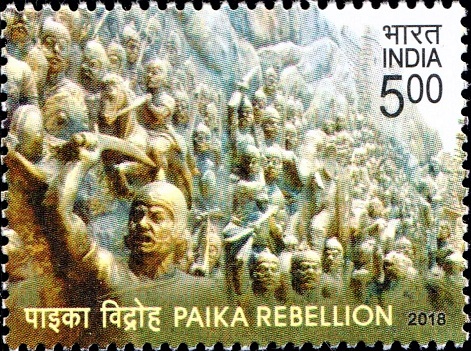 Bhubaneswar: Following resolution adopted by Odisha Assembly, Tourism and Culture Minister Jyoti Prakash Panigrahi has written a letter to his counterpart at Centre, G Kishan Reddy to consider the Paika Bidroha as the first war of Indian independence.

Referring to the Chief Minister’s earlier letter, Mr.Panigrahi said the Rebellion of 1817 took place 40 years before the Sepoy Mutiny of 1857 is currently known as the First Indian War of Independence.

It was such an organized and well-structured rebellion that it posed a serious threat to the authority of the East India Company in this part of the country, he said.

The connecting threads that link the entire journey of Indian Independence Movement cannot miss the visible impact of Paika Rebellion both in form and content.

It was a rebellion in which all sections of the society – the Paikas, Zamindars, Malangis (manufactures of salt), ordinary peasants and tribals (Kondhs, Chohars) participated, he informed in the letter.

“The Paika Rebellion represents the emergence of an organized rebellion against British Rule in India. It played the role of a torch-bearer and catalyst in shaping people’s movement of resistance, which ultimately led to the Indian Independence Movement. It cannot be called a war of resistance because it was a complete War of Independence against British Rule,” he said.

A resolution in this context has been adopted unanimously in the meeting of the Odisha Legislative Assembly held on December 7 2021 to recommend the Government of India to consider the proposal positively.

Therefore, he requested the Union Minister once again to consider the proposal expeditiously in order to encourage and keep patriotism in the mind of the people of Odisha and the upcoming generations to come.