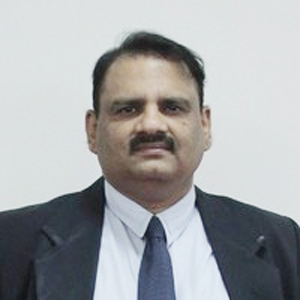 Cuttack: Senior IPS officer and Director Vigilance Debasis Panigrahi lost his battle against Covid-19 complications while undergoing treatment at a super speciality hospital in Kolkata. The 1991 batch IPS officer breathed his last at around 10.15 pm last night. He was 56.

His mortal remains has been brought to Cuttack. Senior cops have paid tribute to him. Before conducting last rites, his mortal remains was taken to his residence. Guard of Honour is given to the departed soul.

The senior IPS officer was first admitted to Ashwini Covid Hospital in Cuttack on May 29 after being diagnosed with the virus. Later, he had airlifted to Kolkata on June 8 as his health deteriorated further. Doctors had recommended his shifting to outside Odisha for advanced treatment using ECMO support.

He was known for his sweet-spoken, upright and an author in the State Police Administration. He was a Odisha Sahitya Akademi Award winner.

He had published 10 collections of stories, three collections of novellas, a novel and a work of non-fiction and lyrics each in Odia. Some of his Odia stories have been dramatized as well as translated in English, Hindi, Bengali, Telugu and Kannada.

He joined Indian Police Service in 1991 and was allotted Odisha Cadre, which was his home cadre.

He had successfully worked as Superintendent of Police (SP) of major districts such as Keonjhar, Bhubaneswar, Puri, Ganjam and Cuttack. He had served as DIG of Police (Administration), Special Secretary in Home Department, IG of Police (Modernization) and IG of Police, (Personnel) and ADG of Police (Personnel) at the State Police Headquarters, Cuttack. He assumed office as Director Vigilance in October 2017.

Born on August 29, 1965 in Balasore, Mr.Panigrahi graduated in Political Science and did MPhil from JNU and later PhD & LLB from Utkal University.

Expressing grief over his death, Naveen said, “Deeply saddened to know about the passing away of senior IPS officer Shri Debasis Panigrahi. He was an experienced, able police administrator and also a prolific writer. My thoughts and prayers are with the bereaved family members and friends. #OmShanti”

“Deeply saddened to learn about the demise of Senior IPS Officer and Vigilance Director Debasis Panigrahi. He held several important positions as an IPS officer and served Odisha with distinction. Offer my deepest condolences to his family in this hour of grief,” tweeted Pradhan.

DGP Abhay also paid rich tribute to the departed soul and said, “He was an outstanding police officer, an accomplished writer, a compassionate human being and a dear friend. Odisha Police is poorer. He will be missed and remembered for his hard work, integrity, sincerity, leadership and humility.”

“We lost one more good human being today to Covid. He is Debashis Panigrahi, IPS, a fine officer, a fantastic human and a great person. I have seen him from his probation days till Addl DG. We will miss you Debashis. You have left a huge void in State bureaucracy. RIP,” said Mr.Jena.

Senior IPS officer Sudhanshu Sarangi tweeted, “We have lost Debasish Panigrahi. Have no words to express my grief. It’s a devastating blow to Odisha Police, Odia literature and to me personally.” 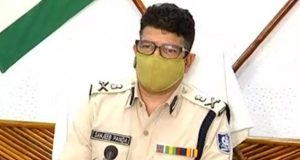