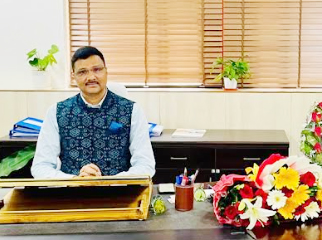 Bhubaneswar: One of the most proactive and pro-people Mandarin, Dr Arabinda Kumar Padhee on Monday assumed charge as Principal Secretary, Agriculture and Farmers’ Empowerment Department.

Senior officials and staff of the Department welcomed Dr Padhee and briefed him about various activities of the sector.

After successfuly completing term of Central Deputation, Dr Padhee has assumed charge at a time when crop diversification (more oilseed production) & doubling farmers’ income are the top priorities of both Union & State Government.

He discussed with the officials regarding various schemes and programs of the Department and advised them to maintain transparency in implementing the programs and work as a team.

He said, as agriculture is one of the important sectors of the economy, its development will lead to the State’s development.

A lion share of the total population of Odisha are depending on agriculture for their livelihood. The Government is also implementing several schemes and programs for the development of agriculture and welfare of the farmers, he said.

The Principal Secretary advised the officials for proper implementation of the scheme so that the farmers will be directly benefited from it. He has already been involved in agriculture related activities during his tenure as Director Agriculture and Food Production and Collectors of various Districts.

To promote weavers who are depending only on handlooms, he has advised the Department officials to wear handlooms at least once a week.

This allied sector also requires guidance of Dr.Padhee as it help in doubling farmer’s income in a big way. 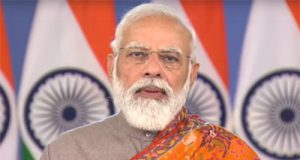 Tathya Correspondent - November 19, 2021 0
New Delhi: Prime Minister Narendra Modi said “today I have come to tell you, the whole country, that we have decided to...