Chief Minister Naveen Patnaik has assured that his Government will not allow any poor in the State to be deprived of food security.”

Food security for all – I will not allow any poor person to be deprived of food security,” CM declared while launching the online portal for every aspect of the Food Supply and Consumer Welfare Department here.

Mr.Patnaik said with the lunching platform people in the state get avail all the benefit — from paddy procurement registration to ration card applications– sitting at home

The Chief Minister, who inaugurated the web through videoconferencing, described it as an important step towards transparency and efficiency.

“The State Government was committed to protecting people’s food security. In addition to the National Food Security Scheme, the state government has covered 2.5 million people excluded from the NFSA under the State Food Security Scheme,” he said adding, “More than 3.5 crore people across the State are now covered under the food security net.”
Mr.Patnaik said the people from all over the State will now be directly connected to the DoFSCW, while urging the people to use the online facility.

Chief Minister unveiled a coffee table book ‘Making of a Food Secure Odisha,’ which contains all the information about the vast changes that have taken place in Odisha over the last 20 years towards food security.

DoFSCW has launched the online service for six services — registration of farmers for sale of paddy, application and amendment of ration cards, payment of license fees for affordable shops, and payment of food grains by affordable shops.

All of these benefits can be found on the Citizen Services link at www.foododisha.in .
Food Supply and Consumer Welfare Minister Ranendra Pratap Swain said that the department was committed to making sweeping changes under the 5T programs.

“Today’s online services are an important step in this direction,” Swain said. 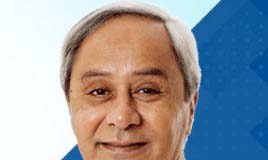 Himanshu - December 9, 2020 0
Bhubaneswar: Yet Odisha bagged another accolade and received laurel for leading the country in outstanding Urban Governance. In a...