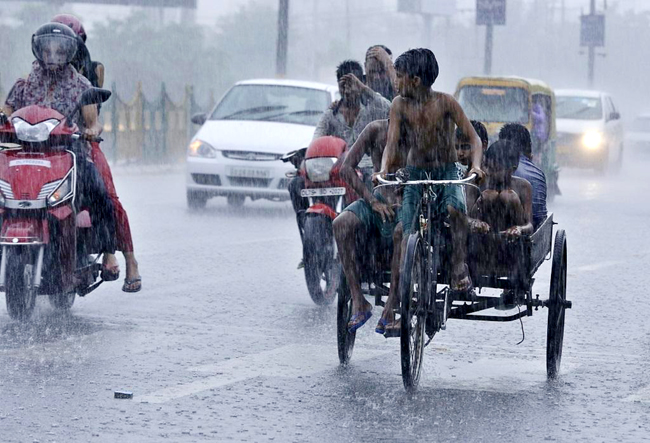 With a fresh low pressure area brewing over Bay of Bengal likely to trigger heavy to very heavy rainfall in several parts of Odisha, ACS Disaster management and Special Relief Commissioner (SRC) Pradeep Jena has directed Collectors to work out advance planning and remain fully prepared to deal with any flood, water logging and landslides.SRC’s direction came after the Meteorological Centre, Bhubaneswar forecast that a low pressure area is likely to form over Central Bay of Bengal around October 19. It is likely to become more marked during subsequent 24 hours.
Mr. Jena asked the officials in the southern division to make advance planning and remain fully prepared to meet any eventuality arising out of flood, water logging and possible landslides in hilly areas.
Other districts may also closely monitor the situation and take appropriate action, if required, he said, adding that the advice for fishermen should be strictly implemented. Under its influence, enhanced rainfall activity with heavy to very heavy downpour is likely to occur in some districts of Odisha, particularly in the southern region, between 19-21 October, the MeT Centre said in a bulletin.
This is going to be the tenth instance of formation of a low pressure system over the Bay of Bengal since the beginning of August and third so far this month.
Due to likely formation of the low pressure area, squally weather with wind speed reaching 40-50 kmph is likely to prevail over central Bay of Bengal, the Weatherman said, advising fishermen not to venture into the deep sea areas of Central Bay of Bengal on October 19 and 20.
Light to moderate rain or thundershower may occur at many places over the districts of south Odisha, North Coastal region and at a few places over the districts of north Interior parts of the state from 19 October.
The MeT Centre said heavy to very heavy rainfall is very likely to occur at some places over the districts of Ganjam, Gajapati, Malkangiri, Koraput, Rayagada and Puri on 19-20 October.
Similarly, heavy to very heavy rainfall is likely to lash some of Koraput, Rayagada, Ganjam, Gajapati, Malkangiri, Nabarangpur and Kandhamal districts on 20-21 October, MeT Center pointed out.

Tathya Correspondent - December 17, 2022 0
New Delhi: A newly developed air filter can deactivate the germs ‘self-cleaning’ them out of the system using ingredients commonly found in...