In order to provide clean cooking fuel to poor households, the Union Government had launched “PMUY” scheme to provide 5 Crore deposit- free LPG connections, which were subsequently increased to 8 Crore, he said in a written reply in Rajya Sabha.

The target of scheme has already been achieved in September, 2019.

In the Union Budget announcement on February 1, 2021, Finance Minister Nirmala Sitharaman has announced to provide one crore more LPG connections under PMUY.

As on January 1, 2021, there are 199 LPG bottling plants running across the country. Generally, OMCs endeavour to make delivery of refill within 48 hours after the booking of the refills, the Minister said.

The OMCs have reported that as on 1 February 2021, 1.08 crore LPG consumers have given up their subsidy.

However, the Government continues to modulate the effective price to consumer for Subsidised Domestic LPG and the consumers get the products at subsidised rate.

Prices of petrol and diesel have been made market-determined with effect from 26 June 2010 and 19 October 2014 respectively.

Since then, the Public Sector Oil Marketing Companies (OMCs) take appropriate decision on pricing of petrol and diesel in line with international product prices and other market conditions.

The OMCs have not only increased but also decreased the prices of petrol and diesel in line with changes in international prices and rupee dollar exchange rate.

The public sector OMCs have implemented daily revision of Retail Selling Price (RSP) of petrol and diesel in the entire country with effect from June 16, 2017.

The daily pricing has been introduced to bring more transparency and efficiency in pricing to benefit consumers, the Union Minister said. 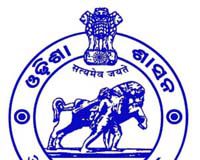 Half Day Holiday On Prez Visit

Tathya Correspondent - November 9, 2022 0
Bhubaneswar: Odisha Government has announced a half-day holiday for all Government offices and schools in Bhubaneswar on Thursday for the first visit...