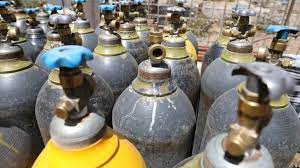 Bhubaneswar: Odisha has been providing medical oxygen to needy States with a total of 516 tankers/containers carrying 9465.596 MT medical oxygen being dispatched under escort/supervision of Odisha Police so far to 11 deficit states in the country.

A special cell was formed under ADG (L&O) Y K Jethwa is coordinating loading and transportation of medical oxygen.

A dedicated corridor has been set up with round-the-clock monitoring. District SsP/DCsP and Range DIG/IG/CP are supervising the movement personally within their jurisdictions.Odisha Police is committed to ensure that there is no delay in loading and transporting so as to promptly serve thousands of needy patients in UP, MP, Haryana, Maharashtra, Andhra Pradesh, Telengana, Tamilnadu, Punjab, Delhi, Bihar, and other needy states.

Tathya Correspondent - July 3, 2021 0
Bhubaneswar:In partial modification in Central teams being deployed in Odisha and Arunachal Pradesh to aid these  two states in their efforts for management...