The Ministry of Ports, Shipping and Waterways (MoPSW) has circulated the Indian Ports Bill, 2021 to the concerned States including Odisha. The proposed Bill will supersede the Indian Ports Act, 1908.

After going through the draft Bill, Mr.Behera said, “My State is in the process of constituting ‘The Odisha State Maritime Board’. The Bill for it is now with the Ministry of Home Affairs, now awaiting the assent of the President of India, after being passed by the Odisha Legislative Assembly in February.2021.”

However, there is no provision in the Indian Ports Bill, 2021 to include a State Maritime Board which is constituted at a later date by a State enactment.

Therefore, Mr.Behera demanded to make a provision in the proposed Bill for inclusion of the State Maritime Board.

At present, the authority to make regulations for non-major ports for most subjects is the State Maritime Boards/ State Governments of coastal States. The Union Government through Maritime States Development Council (MSDC) seeks to appropriate this authority of the State through the proposed Bill. Therefore, the State has strongly objected to this provision.

“We object to this proposed appropriation of State authority by the Union Government. The proposed provision instead of making India a strong maritime nation, through its centralization of authority, will stunt the growth of port-led development in the nation. Also, this proposal is against the very spirit of cooperative federalism and empowerment of States,” the Minister said in his letter.

The MSDC has been in existence as a notified advisory body since 1997, focusing on integrated planning and development of ports and inland waterways. The draft Bill proposes to give it a statutory status, he pointed out.

Welcoming this step, Mr.Behera said MSDC should only comprise Ministers of coastal States and Union Minister for PSW similar to that of GST council. The concerned officials of the Union Government and coastal State Governments may be made invitees to MSDC.

Objecting to the draft Bill that mandates centralization of many routine functions to MSDC like conducting enquiry, deciding tariff structure etc, he said, “This will be very limiting and less efficient.”  MSDC’s role should continue to be recommendatory and advisory as before, he suggested.

The State Government has welcomed the inclusion of matters relating to safety and security of ports, prevention and containment of pollution of ports, compliances with the country’s obligation under the maritime treaties and international instruments in the draft Bill.

Mr.Behera further requested the Union Minister to hold proper deliberations with stake holding States to bring in more effectiveness to this important legislation, which can make India a true powerhouse amongst the maritime nations of the world.

“In view of the above, I would request your personal intervention in the matter so that the draft Bill is modified to address the concern of the coastal States,” he wrote, saying detailed clause wise response is being sent by our State in near future. 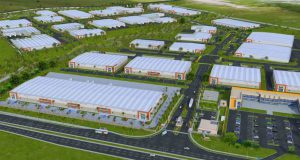 Tathya Correspondent - July 23, 2021 0
Bhubaneswar: While Odisha Government is going ahead to facilitate establishment of Two Multi Modal Logistic Parks in the State, more are being...