This is revealed from the review made recently by the Director General Foreign Trade (DGFT) Santosh Sarangi on the progress made on rice exports in India vis-à-vis Odisha.

As acceptability of Odisha rice is gaining traction in foreign countries, exports from this eastern State have gone up substantially, an official in knowledge of the development said.

Stress is on exporting aromatic varieties beyond Basmati Rice to further enhance income of farmers, he said.

Paradip Port is playing a major role in this export trade by facilitating the exporters in a big way, officials admit.

Encouraged by the success of exporting non-Basmati rice to Vietnam through Paradip Port and Odisha traders are all set to explore huge opportunities to export to other countries such as Nepal, Bangladesh, Senegal, Malaysia and Iraq, officials here said.

Principal Advisor to Chief Minister Asit Tripathy is of the opinion that the rice aggregators in the State need to be mobilized, trained and given handholding support for export-oriented operations.

While APEDA has been promoting rice exports through collaborations with various stakeholders in the value chains, the Union Government had set up the Rice Export Promotion Forum (REPF), under the aegis of the APEDA.

India exported rice to over 150 countries across the globe in 2021-22. Export of more than USD 1 million to 76 countries out of the 150 countries reported in 2021-22 indicates the diversification of India’s rice export achieved over the years, said another official.

In 2020-21, India shipped non-basmati rice to as many as nine countries, such as Timor-Leste, Puerto Rico, Brazil, Papua New Guinea, Zimbabwe, Burundi, Eswatini, Myanmar and Nicaragua, where exports were carried out for the first time or earlier the shipment was smaller in volume.

India’s thrust on expanding port handling infrastructure, development of value chain involving key stakeholders along with efforts to explore new opportunities in countries or markets for rice exports in the last couple of years have led to a huge spike in rice exports.

India is the world’s second-largest rice producer after China. The record exports would enable the rice producers to reduce their stocks and would also benefit the farmers as the increased demand for Indian Rice is likely to improve their realizations. The significant rise in agri-exports is also seen as a testimony of the government’s commitment to increase farmers’ income by boosting exports of agricultural and processed food products of the country, officials said. 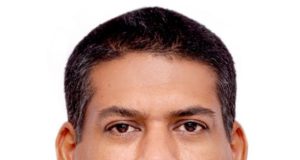