Bhubaneswar: Chief Minister Naveen Patnaik said on Monday that a new era of transformation has already started in Odisha.

Mr.Patnaik reeled out the state’s achievements which have been guiding others.

Addressing the Independence Day function at the Exhibition Ground in Bhubaneswar, Mr.Patnaik said the country has achieved many milestones in the last 75 years and can now compete with other leading nations.

He uged the people of Odisha to extend their time for nation building so that a major transformation could be achieved in the next 25 years, leading to 100 Years of country’s Independence.

“As India will celebrate the centenary of its Independence after 25 years, we have to be prepared for the occasion from today. I am optimistic that Odisha will contribute significantly towards nation building. We can bring a major change if we give some time to the country,” CM said.

Noting that Among the major achievements of the state is turning food surplus from being food deficit, becoming a role model in disaster management and turning into a sports hub, he said.

Mr.Patnaik said the school transformation program is the state’s commitment to providing quality education and it is changing the education scenario.

He said that steps are being taken to fill up 70,000 posts in different departments through a regular recruitment process.

Odisha has also worked for the welfare of tribals and empowering them, he said.

Mr.Patnaik said Odisha’s next target is nutrition security as it has achieved ‘Food Security’, for which the ‘Millet Mission’ program has been extended to 19 districts and will continue for another six years.

The State Government will spend Rs 2,800 crore for millet cultivation, he said.

The Chief Minister said that the people of Odisha working with nationalistic essence, going beyond the regional mindset, adding CM Mr. Patanik said, that sponsoring the national hockey teams is part of that spirit.

CM Mr.Patnaik also flagged off the ‘Ahimsa Ratha’ and inaugurated a photo exhibition to mark the 75 years of Independence.

“Our Independence was the victory of every Indian and the victory of truth and non-violence. This victory has shown the way to the world,” CM reminded. 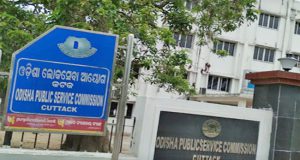