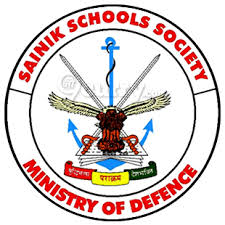 New Delhi: Odisha gets a new Sainik School with the Ministry of Defence (MoD) has approved setting up of such a School in Dhenkanal in partnership with private school.

The new Sainik School will be set up in partnership with the Sanskar Public School (Abakash Foundation), sources said.

The Ministry has approved a total of 21 new Sainik Schools including the one in Odisha, in partnership with NGOs, Private schools and State Governments.

These schools will be set up in the initial round of the Government’s initiative of setting up of 100 new Sainik schools across the country in partnership mode. They will be distinct from the existing Sainik Schools, the Ministry said in a statement on Saturday.

The objectives behind setting up of 100 new Sainik Schools is to provide quality education to the students in tune with National Education Policy and give them better career opportunities, including joining the Armed Forces.

It also gives an opportunity to the private sector to work hand-in-hand with the Government towards nation building by refining today’s youth to become responsible citizens of tomorrow, the ministry said.

Out of the total news approved schools, 17 of these schools are Brownfield running schools and 4 are Greenfield schools to be operational shortly.

While NGOs, Trusts and Societies have a share of 12 approved new schools, 6 private Schools and 3 State Government owned schools find place in the list of such approved new Sainik Schools.

These new Sainik Schools, besides their affiliation to respective education boards, will function under the aegis of Sainik Schools Society and will follow the Rules and Regulations for new Sainik schools in partnership mode prescribed by the Society.

In addition to their regular affiliated board curriculum, they will also impart education of Academic PLUS curriculum to the students of Sainik school pattern. Details pertaining to the modalities of operation of these schools are available at www.sainikschool.ncog.gov.in. Willing students and parents are invited to visit the web portal and take advantage of this novel opportunity.

The admission into the new Sainik School pattern in these schools will be at class VI level only on the following lines.

At least 40 percent of intake in class VI will be from candidates who have qualified the All-India Sainik School Entrance Examination conducted by NTA through E-Counselling.

Upto 60 percent intake will be from students enrolled in the same school and desirous of taking admission under this vertical of new Sainik Schools through a qualifying test, notification for which will be issued separately. 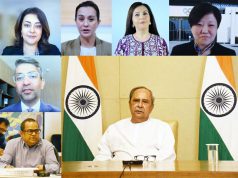 Tathya Correspondent - October 27, 2021 0
New Delhi: The Ministry of Education has notified the four year integrated teacher education programme (ITEP), which is one of the major...