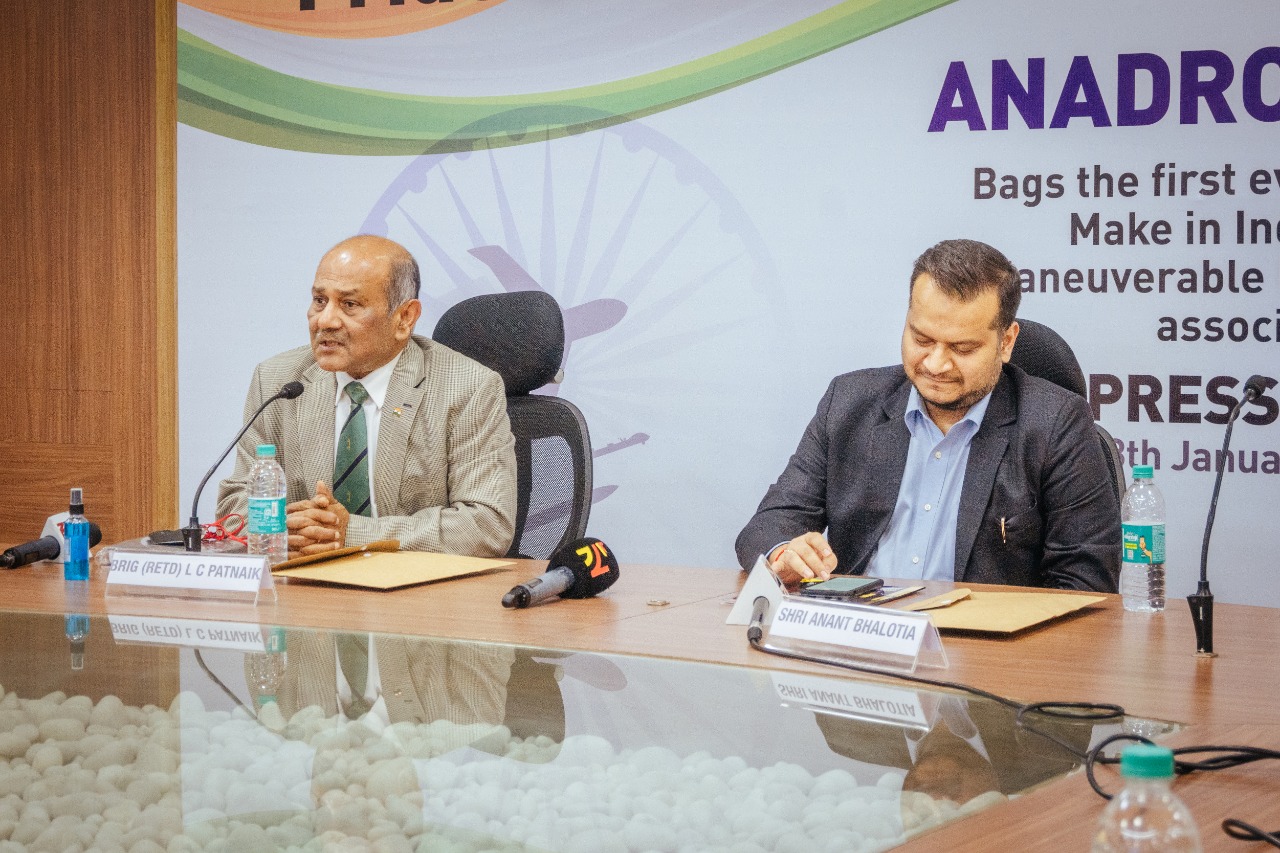 Bhubaneswar: In a landmark event under the make in India scheme of the Ministry of Defence, Odisha-based Anadrone System has bagged the contract to supply advanced defence equipment to the Indian Army and Air Force.

The contract to supply 125 Manoeuvrable Expendable Aerial Targets (MEAT) and associated equipment worth INR 96 crores, under the Make in India II category, which is meant for research and development projects, funded by the industry with an indigenous content of over 50% was signed last week.

Notably, companies like Larsen and Toubro also pitched for this deal. The Shikra MEAT system being manufactured by the company is a localised version of the Banshee Jet 40 system that has earlier been imported by the armed forces.

The company has collaborated with a UK based defence tech company to build systems for air defence training from simple, low-performance model aeroplane targets through maneuverable targets to sophisticated high subsonic and supersonic systems. It has an R&D and manufacturing unit located strategically at the TATA Steel SEZ, Gopalpur.

Attending the occasion, Brig (Retd) LC Patnaik said that such initiatives will attract more MSMEs to participate in the nation’s defence projects which will ultimately reduce the import burden and promote the indigenous defence manufacturing sector of India.

Thanking the state for encouraging the entrepreneurs and MSMEs, Anant Bhalotia, MD of the company appreciated the robust Single window portal – GO SWIFT and stressed the future expansions of the company in Odisha.

According to officials, Anadrone systems provided key inputs while drafting the Odisha Aerospace and Defence Manufacturing Policy, 2018 and it was also a part of Odisha’s delegation to the UK in 2016.

Such endeavours will further boost the Make in Odisha program of the state, which is keen on promoting Defence, Aerospace and other new-age industries.