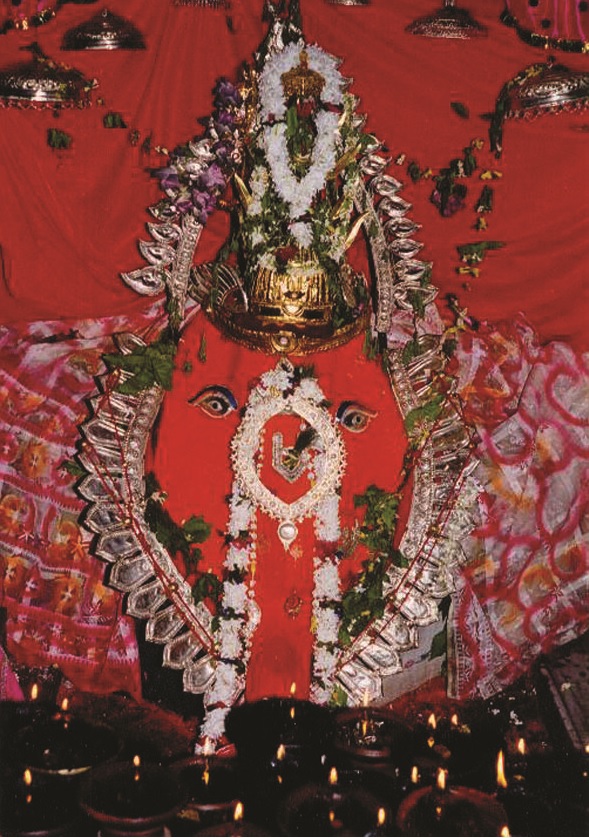 Bhubaneswar: Odisha is celebrating the mass annual agrarian festival Nuakhai with adherence to the Covid guidelines.

Nuakhai festival is another great festival of the State which is known for celebrating 13 festivals in 12 months as said popularly in Odia  ‘Bara Masa re Teraa Parva’.

Though it is basically a festival of Western parts of Odisha, now the festival is being celebrated across the State and also in other cities outside Odisha and India too.

People from the western Odisha now living in Bangalore, Bhopal, Chennai, Hyderabad, Kolkata, Mumbai, Surat and Visakhapatnam have been celebrating Nuakhai in their new cities for the past few decades.

The festival is often compared to Tamil Nadu’s Onam which is also a celebration of fresh harvest and is understandably of massive significance for the agricultural community. The festival is usually celebrated one day after the Ganesh Chaturthi especially in the Western Odisha with much pump and jubilation.

People staying in distant lands come back to their native places, wear new clothes and offer prayers before the God and eat delicious foods prepared from the newly harvested crops. The younger members of the family seek the blessings of the elder ones by offering ‘Nuakhai Juhar’.

Where the origins of the festival are said to date all the way back to the Vedic ages, the first records of its existence are believed to be from the 12th century when Chauvan Raja Ramai Deo at Patanagarh saw agriculture as an important entity in maintaining the cohesiveness of a societal arrangement.

The king knew the relevance of agriculture for the economic development of the state and hence the celebration of Nuakhai festival promoted the agrarian way of life in the Western Odisha region instead of the previously practiced hunting and gathering.

The preparations for the festival begin some 15 days prior to the date of the festival, when the elderly persons of the village sit together at a holy place after the beheren calls the villagers by blowing a trumpet.

Then people get together and discuss with the priests the tithi and lagna (auspicious day and time) for Nuakhai. The priest consults the panjika (astrological almanac) and announces the sacred muhurta (a period of time equal to about 48 minutes) when nua is to be taken.

This year, the lagna for the ritual fixed by the Pundit Mahasabha, the Nabanna will be offered to the Goddess between 10.15 AM and 10.25 AM.

As per decision taken by the authorities, devotees will be allowed to have darshan of the Goddess at Samaleswari Temple following the ritual amid Covid guidelines between 12 PM to 5.30 PM.

Meanwhile, Special Relief Commissioner (SRC) PK Jena greeted people of the State, especially Western Odisha, and said that people should celebrate the festival while strictly adhering to the COVID-19 norms and must avoid gatherings. He requested people not to overcrowd temples during the festive period.

Nuakhai festival gives the present society a great message of the relevance of agriculture in the economic progress of the country and the role of farmers in the process of nation building in those days and also in the present days.

On his twitter handle he said “Nuakhai is the most important social festival of western Odisha which celebrates family bonding, social amity and respect for elders in the context of an agrarian convention of offering the early paddy to the divinity and partaking of the same at home. Happy Nuakhai and Juhar !!!”

CM Releases ‘Beyond Here And Other Poems’