Bhubaneswar: By end of the initial phase of COVID-19 vaccination, Odisha achieved 92 per cent of the inoculation while the state’s  COVID-19 tally mounted to 3,34,430 after 130 more people tested positive for infection.

While the State Government had set a target of vaccinating as many as 1,92,555 health care workers in the initial phase, a total of 1,77,090 persons could be inoculated so far, which is 92 per cent of the target, an official said.

The Review reveals inoculation rate in the State Capital Bhubaneswar was 105 per cent while the state overall average was 92 per cent., an officer said adding that a total of 3,50,726 health care workers including sanitation personnel would be vaccinated in two phases.

“The remaining 1,73,636 health care workers to be vaccinated in the second phase,” he said, adding that the second spell of the initial phase will start from January 28 and continue till February 10. The second dose of vaccines will be administered after a gap of 28 days of taking the first dose.

The vaccination program will remain suspended on January 26 for Republic Day and  January 31, February 1 and 2 for pulse polio immunization drive.

Meanwhile, the state’s coronavirus death toll surged to 1,906 after one COVID-19 positive patient succumbed to infection in Sundergarh district, he said.

The state during the day saw recovery of as many as 140 more patients from the highly infectious disease, taking the count of COVID-19 cured persons to 3,31,284, which is 99.05 per cent of the caseload.

The new positive cases were detected in 24 of the state’s 30 districts, with 76 reported from different quarantine centres, while the remaining 54 are local contact cases.

Sundergarh district reported the highest number of 32 new positive cases followed by Sambalpur (14) while all other districts reported new cases in single digit.

Apart from 1,906 fatalities reported so far. A total of 53 other COVID-19 positive patients have also died in Odisha due to comorbidities, it said.

The state’s positivity rate now stands at 4.42 per cent, the data released by the Health and Family Welfare department said 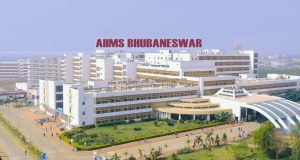