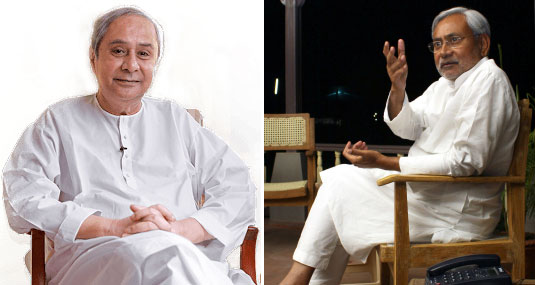 Bhubaneswar, August 21: Bihar Chief Minister and veteran politician Nitish Kumar has praised Odisha Chief Minister Naveen Patnaik for his developmental work and said he has carved out a legacy for himself during last 24 years.

“I share a long personal rapport with Shri Naveen Patnaik. He is a politician with a difference. His vision for the upliftment of the downtrodden, his orientation for development with justice and his respect for cultural tradition has always been appreciated by everyone,” Nitish Kumar said in an article published on India Today.

When he entered politics, Naveen came with the identity of being respected “Biju babu’s” son. In the last 24 years, he has carved out a legacy for himself, Kumar said.

“People generally change with power and time. But he has not. Naveen Babu whom I saw as a 50-year-old is the same one even today. He has total commitment for his State and country,” he wrote.

People keep asking how Naveen Patnaik has been so successful in politics. Quoting Naveen the Bihar CM said, “I work for the people not for elections.”

Naveen keeps winning election after election and his work speaks much louder than his words. “I am told that in his election for the fifth term, he spoke just one line and swept the elections. He asked the people: “Are you happy?”, the JDU leader said.

Mr Kumar also praised the disaster management done by the Naveen Patnaik Government. When Patnaik took charge in early 2000, Odisha was passing through difficult times. In the past two decades, it has come a long way with the natural calamity-prone State being equipped to face these disasters, he said.

His handling of the cyclones has won national and international praise.

Lauding the works taken by the Odisha for the development Sports and Tourism, Mr Kumar said, “The State has made its mark in the field of sports and tourism and has been maintaining an appreciable growth rate.”

History will remember him as a decent person, full of confidence and a socialite with ideals and commitment, he added.

Chief Minister Naveen Patnaik thanked his counterpart in Bihar, Mr Kumar for his words. “Thank you Shri @NitishKumar ji for your kind words. The love of the people of Odisha, my family of 4.5Cr people, is my blessing for more than two decades. Serving them has been & will always be my utmost priority,” Naveen said in a tweet.

However, this article of the Bihar Chief Minister at this time has raised the eyebrows of many.

Notably, Mr Kumar is leading an all-party delegation from Bihar that includes RJD leader Tejashwi Yadav to meet the Prime Minister Narendra Modi on August 23 to demand for a caste-based Census, which the BJD Government is also demanding.