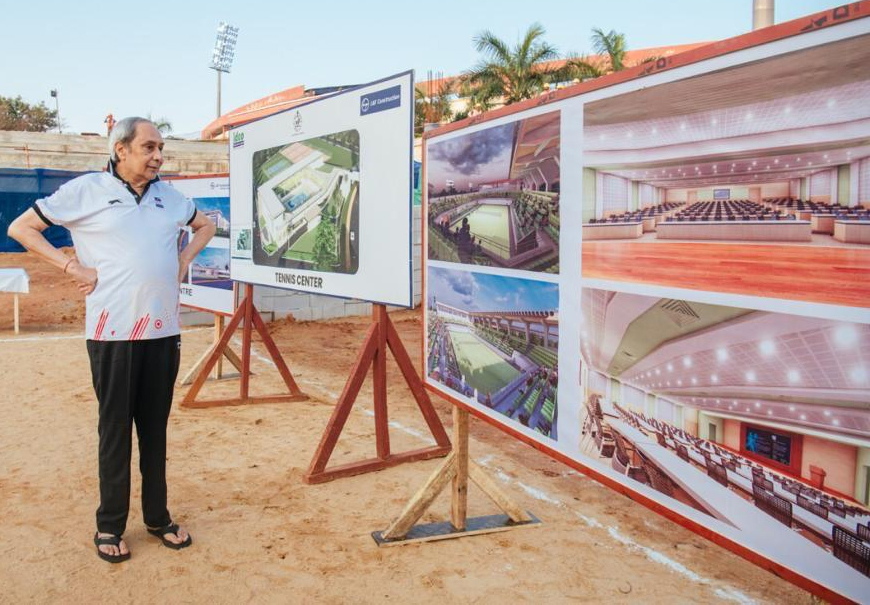 Mr.Patnaik’s appearing in public in the sports persons attire after shunning his traditional spotless while ‘kurta and pyjama’, is significant as the Chief Minister himself had to come out of his residence to reject rumor on his alleged ill health doing rounds across the state in the midst of the ongoing three-tire panchayat elections.

While visiting the 11th century Shree Lingaraj Temple in the city on February 18, Mr.Patnaik clarified saying: “I can assure all of you that I am in perfect health and very happy to serve the people of Odisha … Whenever there is an election, rumors about my health circulate.”

Mr.Patnaik, who is the President of the Governing BJD, said that whenever there is a rumor, the Biju Janata Dal you can be assured is going to do very well.

Mr.Patnaik’s Monday visit in the sports persons attire was considered to be an attept to give a clear message to the people that he is fit and fine and not ill as rumored in public.

Mr.Patnaik was also seen in the Biju Patnaik International Airport to receive and see off President Ram Nath Kovind who arrived here on a two-day tour to Odisha on February 19.

The indoor athletic stadium is being built in Kalinga Stadium at a cost of Rs 120 crores, is scheduled to ready during the year 2022. This is the first indoor athletic in the country and will help athletes practice throughout the year, an official release issued by the Department of Sports & Youth Services said.

“This indoor athletic facility will be a major boost for the development of athletics in India and will become a hub to create champions in coming years,” Mr.Patnaik said adding that the facility can host national and international indoor athletic events.

The facility will also have provision of residential accommodation for more than 100 athletes for full-time coaching.

Chief Minister also visited the Tennis Centre project. The Centre court of the Tennis Centre is being constructed for hosting the National and international events. The center will have all facilities to conduct the ITF tournaments, Davis Cup and other major events.

Over Rs 300 crores worth projects are under execution in the Kalinga Stadium including the indoor Athletics stadium, indoor aquatics stadium, tennis centre, staff accommodation and Hockey HPC building, the Press Release said.

Patnaik also watched a football match of the ongoing Odisha Women’s Football League at the main football pitch of Kalinga Stadium here. He interacted with women footballers and assured them all support for their football career.

The Chief Minister also met the Indian Hockey teams (Men and Women) at the Hockey Stadium. Chief Minister wished them good luck for the upcoming Pro League matches and assured them all support and hoped they will aim to get the medals for the country in the Asian and Commonwealth Games during 2022.

Tathya Correspondent - June 15, 2021 0
Bhubaneswar: Odisha State has witnessed a golden history in the field of sports during the past one decade. A decade ago, if...