Bhubaneswar: Chief Minister Naveen Patnaik Monday hailed the Union Budget in general though he rued that Odisha would be hit by drastic reduction of share in central taxes by about RS 10,840 crore for the current year.

However, he said that as per the recommendations of the 15th Finance Commission State’s horizontal share will decrease from 4.629 per cent to 4.528 per cent for the next five years.

“I am delighted to see Mission Shakti appear inUnion Budget focusing on women empowerment,” he said.

He said, “After Odisha’s ‘Mamata’ scheme was adopted by the Union Government from 2011-2012, replication of our State’s flagship women empowerment initiative Mission Shakti clearly shows that Odisha sets the bench mark for the nation,” Mr.Patnaik said.

He hoped that after Mamata and Mission Sakti the next logical step towards women empowerment would be reservation for women in Lok Sabha and the State Assemblies. We will continue to fight for this. 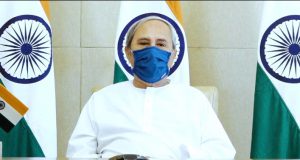 Tathya Correspondent - July 2, 2022 0
Bhubaneswar: The state budget for the year 2022-23 presented today is a progressive, pro-poor and developmemnt oriented Budget. The...