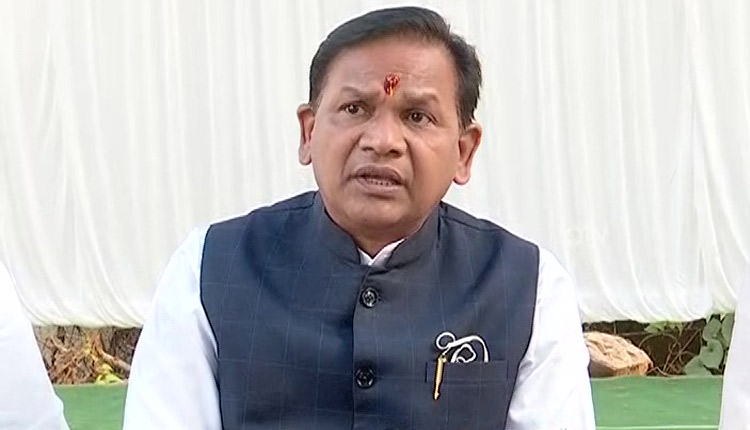 Bhubaneswar: With Governing Biju Janata Dal (BJD) MLA courted controversy following an audio tape going viral where the Lawmaker allegedly threatened a junior police officer of transfer to a remote police station in Malkangiri district, Leader of Opposition has demanded an investigation into the matter.

The issue was raised by Leader of Opposition Pradipta Kumar Naik during the Zero Hour in Assembly on Wednesday.

Mr.Naik expressed concern over BJD MLA Byomakesh Ray’s “threat to a police officer over phone” and demanded a neutral investigation into the matter and a ruling from the Speaker.

“Is it appropriate on the part of an elected peoples representative to threaten an Assistant Sub-inspector to transfer him to ‘Motu’? If the policeman commits something wrong in delivery of service, the matter could have been raised before an appropriate forum or 5T panel and action could have been taken against the officer accordingly,” Mr.Naik said.

Mr.Ray in the audio tape was heard saying ASI Gurucharan Behera of Bansada Police Station in Bhadrak district, to be transferred to Motu police station which is located in remote area of Malkangiri district bordering Andhra Pradesh.

Mr.Ray, however, rejected the allegation and claimed the audio tape is tampered to defame him. He said that the concerned police officer was threatening and harassing people.

“Therefore, I had asked him not to harass people. I am always for the people” the Lawmaker from Chandbali in Bhadrak district told reporters outside the Assembly.

Mr.Ray also alleged that the concerned policeman was involved in extortion from the poor people.

Government Chief Whip Pramila Mallick, also did not give much importance to Leader of Opposition’s allegation.

“This is petty matter and not fit to be raised in the Assembly,” she said.

Congress Chief Whip Taraprasad Bahinipati said both the MLA and government officials should behave properly in a decent manner.

Meanwhile, Bhadrak district unit of BJP has demanded stringent action against the Chandabali MLA for allegedly threatening the government official on duty.

The party urged Chief Minister Naveen Patnaik, who is also in- charge of Home department, to protect the policeman.

“If the Chief Minister does not take any action against the MLA, we will resort to a massive agitation in the district,” warned Hemant Padhi, BJP’s Bhadrak District President.

Tathya Correspondent - October 15, 2022 0
Bhubaneswar: After picking up fighters for the Dhamnagar by-election, Governing BJD and Opposition Congress and BJP have announced their star campaigners for...