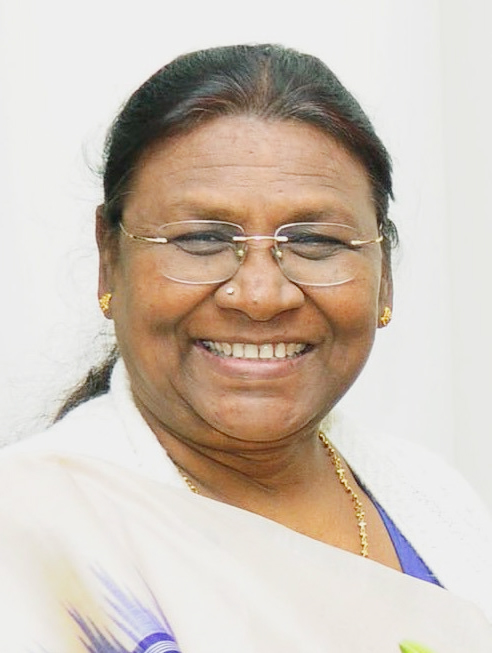 Bhubaneswar: NDA Presidential candidate Droupadi Murmu is scheduled to arrive here on Friday to campaign for her election on July 18.

After her arrival at Biju Patnaik International Airport, a grand welcome will be given to Murmu, who is daughter of Odisha soil.

Ms.Murmu would separately meet the Biju Janata Dal (BJD) and the Bharatiya Janata Party (BJP) MLAs and MPs seeking their votes in the morning. She will also have a one-on-one meeting with Chief Minister Naveen Patnaik at the latter’s residence Naveen Niwas.

She will meet the Biju Janata Dal (BJD) MLAs and MPs at a conference hall inside the Assembly at around 10.30 am.

Ms.Murmu will meet the BJP legislators at the state Guest House, sources said.

“Murmu will attend a meeting of all BJD MLAs and MPs here at the Assembly at 10.30 am. The Chief Minister has already appealed to all legislators of Odisha to support her as she belongs to the State. We hope she will get a good response,” said BJP MLA Amar Satpathy.

“I would like to appeal to everyone irrespective of political parties to support Odisha-born Droupadi Murmu because it’s not about any political party. It’s about the motherland,” Sarangi said.

Independent MLA from Rayagada Markand Muduli said, “Tomorrow Presidential Candidate Draupadi Murmu will be back to Odisha. We will give her a rousing welcome and give our support to her. We will surely meet her tomorrow.”

However, Congress Legislature Party leader Narasingha Mishra once again made it clear that his party members are not going to support Ms.Murmu in the election as the presidential election is being fought with policy and ideology.

“Yashwant Sinha is a son of Bihar. Will the BJP members from Bihar support him?” Mr.Mishra questions while commenting on BJP’s appeal.

Meanwhile, Gopalpur MLA Pradeep Panigrahi said he will support Ms.Murmu as Odisha is proud of her nomination. Once elected, she will bring glory for Odisha at international level, said Panigrahi, who is expelled from the BJD. He also praised Prime Minister Narendra Modi for selecting Ms.Murmu for the Presidential post.

Notably, the BJD president called on all MLAs in the state across party lines to vote for the “Daughter of Odisha” for the country’s top job.