Speaking on the occasion of 24th foundation day of Biju Janata Dal, Supremo said BJD will continue to demand 33 per cent reservation for women in assemblies and Parliament.

BJD Chief said the regional party named after his father Biju Patnaik has all along been fighting for the rights of women.

Naveen said his father was the first Chief Minister in the country who in 1992 reserved 33 per cent of seats for women in the panchayats and urban polls in Odisha.

“Basing on Biju Patnaik’s ideology, our BJD Government has raised the reservation ratio for women in panchayats and urban bodies to 50 per cent,” the chief minister said.

“The national parties remember women empowerment during elections and commit in their manifestoes only to conveniently forget after winning polls,” Patnaik said without taking names of any party.

He said BJD will remind the national parties about their forgotten promises on 33 per cent reservation for women in Assembly and Parliament elections.

The BJD Supremo said they would ensure that each woman in India is made aware about her rights.

“The BJD though a regional party, will take the message to every doorstep, every village and make the women reservation issue a national movement”, Supremo said.

BJD Chief said, “From now on in every session of Lok Sabha, Rajya Sabha and legislative assembly, BJD will raise the womens reservation issue and remind the national parties about their forgotten promises”.

“We cannot deprive half of our population of their rights. They must have their rightful place in the political space of our country.

“Though BJD is a regional party, we will continue to demand 33 per cent reservation of seats for women in assemblies and Parliament,” Mr.Patnaik said.

He also said that that no country or a state could progress without strengthening women.

“If we Indians want to compete with the developed countries, we must first give rights to our women,” he said.

Mr.Patnaik’s statement is significant as the state is all set to go for the elections to 114 Urban Local Bodies next year.

The urban polls in 2021 is considered crucial for the ruling BJD as it will be held prior to the 2022 panchayat polls and 2024 general elections for Assembly and Lok Sabha.

After stupendous performance in the 2019 general elections in which it won 8 out of a total 21 seats in Odisha, only four less than the BJD, the saffron party has been making efforts to further increase its political footprints in the eastern state.

Naveen’s BJD continued to remain in power since 2000 mostly based on the support of women who constitute almost half of about 3.20 crore voters in Odisha.

About 80 lakh Mission Shakti groups across the state have emerged as the strength of Mr.Patnaik, who became Chief Minister of Odisha in five successive terms since 2000.

The BJD had fielded 33 per cent women candidates in 21 Lok Sabha seats in the state last year.

During its 23 years of existence, the BJD has already become a social movement, Mr.Patnaik said adding, “Women are the soul of this social movement.” 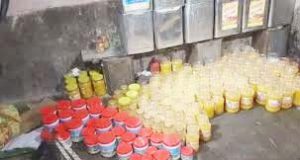