Bhubaneswar: Of late, Odisha seems to be drowned in political noise with the Bharatiya Janata Party (BJP) as the leading rabble-rouser. After BJD supremo Naveen Patnaik received the Lifetime Achievement Award from a New Delhi-based NGO, the saffron leaders have gone hyperactive turning September into a saffron month for Odisha. In the first part of September, the BJP State-in-Charge Sunil Bansal’s visit added to the euphoria among the BJP rank and file and it was further fuelled during the three-day training camp in Puri.

Though the BJP’s performance after 2019 general elections remained lacklustre and the party lost all the four by-elections, nobody seems to be bothered over the recent past. This is not all, the BJP which won 23 assembly seats in 2019 elections, lost in Balasore in the by-elections. This apart, the party also performed dismally in the recently concluded rural and urban polls while the BJD dominated in all the elections held in three years.

After saffron master strategist and Union Home Minister Amit Shah said that BJP would form a Government in Odisha after 2024 elections, there seems to be no end to the excitement among the party cadre. The entire rank and file including senior BJP leaders is claiming that they are all set to oust the BJD from power in the ensuing elections. However, no one is ready to accept the reality of its back to back poll drubbings.

The party in its training camp, however, claimed that BJP’s vote share in the State Legislative Assembly and Lok Sabha elections has increased by more than 10 percent while Naveen’s BJD lost some share of its votes. It is a fact that statistics is in favour of BJP, not the ground reality.

The BJP should realize that situations do change and they happen over time. There is no certainty that the BJP will get more votes in 2024 keeping in view its performance in 2019. The saffron leaders should think that the BJP had only two MPs in Lok Sabha at some point of time and they are now 300-plus. Therefore, one should not conclude that the party will perform well in the 2024 elections as its vote share increased in 2019 from 2014. The vote share may go down if the recent rural and urban poll results are any indications.

If the BJP actually gains over the time, then why did its tally decline in the assembly? The party could have won all the four assembly seats in by-polls. But, that has not happened. If one goes by statistics, one should remember that two plus two does not make four in politics, it could also be 22. It is, however, another matter if the BJP leadership makes such noise about forming a government in the state in order to boost the sagging morale of its rank and file.

In Odisha politics, noise has never been effective and silence has always paid a rich dividend for Naveen Patnaik in successive elections. Recently, state BJP Kissan Morcha President Pradip Purohit claimed that the saffron brigade will adopt “Bengal style” protests in Odisha and put the BJD in trouble. What exactly did Purohit mean? In general, people in Odisha believe that Bengal style means elections besmirched with violence. Will the people of Odisha accept violence? This is high time that Purohit made his statement clear, otherwise a wrong message may go to people that BJP will create violence during polls. Purohit’s warning to government officials is absolutely political.

This is not all. Senior leader, former Union Minister and Sundargarh MP Jual Oram’s statement has also not gone down well with the people. In Puri, the prominent tribal leader said that BJP will take revenge against BJD as the party has now gained strength in the national politics. Boasting that Narendra Modi will again become Prime Minister, Oram said that time is favourable for BJP to take revenge. He claimed that BJP had installed a BJD Government in 2000 while the regional party dropped his party like a hot potato ahead of the 2009 general elections. Will people of Odisha accept the revenge politics as it is happening in some southern states?

The people of Odisha are mostly peace loving. They are supportive of BJD not because of the number of welfare schemes, but for Naveen Patnaik’s suave, gentle and soothing character. Though BJD’s governance style has undergone a lot of changes, people still see Naveen as undisputed and the tallest among all the leaders in Odisha. Naveen’s image is the only USP for the regional outfit that has been winning elections without ever tiring.

Both the opposition BJP and the Congress must admit that they have not been able to find fault in Naveen as a person. The BJD will continue to take political advantage till Naveen’s image remains intact, political analysts say.

Interestingly, when the state BJP leaders made noise after Shah’s visit in August, neither of the party’s national leaders including Sunil Bansal or BL Santosh has made any adverse statement against the BJD government or the chief minister. Union Minister of State for Home, Nitryananda Rai, however, made certain remarks. But, his words were not taken seriously either by the BJD or the people as a whole.

The leaders in the BJP should understand that Naveen has adopted the policy of “Silence is the Strength” while saffron brigade hurt their throats by making noise on the top of their voice.

It appears that Sunil Bansal as a seasoned politician and strategist has understood that the BJP needs a separate mechanism to deal with Naveen Patnaik. The strategy based on which the BJP has been able to come to power in other non-Hindi speaking states, may not be effective in Odisha. Therefore, a separate and dedicated strategy needs to be in place and the party rank and file should be asked to work silently and get the blessings of people instead of making controversial statements like “Bengal Style”, “Take Revenge” and “Throw BJD in Sea” and so on. The BJP may have already created its base in Odisha, but they are still miles away from strengthening 37,000 booths across the state, insiders admit. 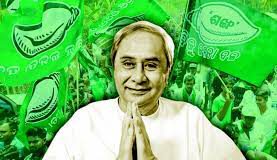 Braja Mishra - May 8, 2021 0
Bhubaneswar: Eerie silence reigned over Odisha as the Bharatiya Janata Party (BJP) lost the 2021 Assembly elections in the neighboring West Bengal. As...