Bhubaneswar: In order to promote development and empowerment of girls and women ensuring gender equitable distribution of resources and by contributing to equal opportunities for all, more funds are pumped in to address their needs.

Accordingly, more than Rs.8300 Crore more allocation has been made in 2022-23 Annual Budget exclusively for gender specific and gender sensitive programs, for which the Gender Budgeting in Odisha has gone a long way, thanks to overdrive of the State Government, which aims a more gender transformative governance and administration.

State Government is implementing 85 schemes and programs in gender specific components and 420 Schemes in gender sensitive components during 2022-23.

While Department of women & child Development has 49 Percent of share of the gender specific budget, Mission Shakti will be having nearly 34 Percent share and Health & Family Welfare sector will have 9 Percent share.

Officials say that gender responsive fiscal policy has turned out to be an effective tool to improve the allocation of existing resources in more gender equitable ways.

As per Budget Estimate 2022-23, the share of gender specific allocation is 4.78 Percent, gender sensitive program is 39.88 Percent and total Gender Budget to state’s total expenditure accounts for 44.65 Percent.

In the meantime, the state government in order to strengthen Gender Responsive Budgeting, Gender Budget Cell has also been constituted within several departments for overseeing their respective gender budgeting process and to make more transparent and accountable, the state government has made the budgetary process digital.

Despite such positive outputs, the gender gap that still exists in terms of various development indicators need targeted and coordinated interventions from all the stake holders, officials admit. 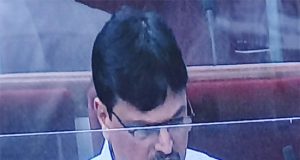 Tathya Correspondent - July 2, 2022 0
Bhubaneswar: Minister Finance, Niranjan Puari on Saturday presented the Annual Budget for the year 2022-23 in the State Legislative Assembly with a...