New Delhi: The Union Government has planned to produce 269.79 Million Tonnes of coal from only Talcher area by 2030, Union Coal and Mines Minister Prahlad Joshi told Rajya Sabha on Monday.

Replying to a question of BJD MP Prashanta Nanda, the Union Minister for Coal and Mines said the Government has planned to produce 182.29 MT of coal from CIL coal blocks and 87.50 MT through non-CIL coal blocks, he said.

Informing about physical progress of construction of coal rail corridor by Mahanadi Coal Railway Limited (MCRL) in Talcher coalfield area, Mr.Joshi said the inner rail corridor for a length of 68 km is being constructed by MCRL in two phases.

In Phase-I: Angul-Balram rail link (14 km) and in Phase-II: Balaram-Putugadia-Jarapada-Tentuloi rail link (54 km) will be covered.

Construction of the entire 14 KM of Phase-I is in an advanced stage by IRCON with physical progress of 95 per cent.

The project will start commissioning soon while land acquisition is under process for the second phase.

Land acquisition is being done under Railway Amendment Act 2008. A gazette notification for tenancy and government non-forest land was published on 10 June 2022, he said.

This project is intended to provide a common rail corridor for evacuation of coal from both CIL and non-CIL coal blocks in the Talcher coal field area.

This project will also provide multiple entries and exit points for coal rakes for faster evacuation of coal and decongest the Indian railway system by avoiding concentration of rakes at limited entry and exit routes from Talcher coal field, he added.

FIMI Award For Tata Steel Mine 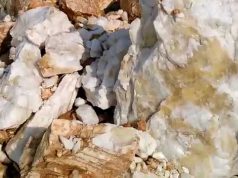