New Delhi: REC has been accorded with the status of a ‘Maharatna’ Central Public Sector Enterprise, thus giving REC greater operational and financial autonomy. An order to this effect was issued yesterday by the Department of Public Enterprises, under the Ministry of Finance. Incorporated in 1969, REC is an NBFC focusing on Power Sector Financing and Development across India.

The grant of ‘Maharatna’ status to REC will impart enhanced powers to the company’s Board while taking financial decisions. The Board of a ‘Maharatna’ CPSE can make equity investments to undertake financial joint ventures and wholly-owned subsidiaries and undertake mergers and acquisitions in India and abroad, subject to a ceiling of 15% of the Net Worth of the concerned CPSE, limited to ₹5,000 crores in one project. The Board can also structure and implement schemes relating to personnel and Human Resource Management and Training. With this, REC can also enter into technology Joint Ventures or other strategic alliances among others.

Vivek Kumar Dewangan, CMD, REC said that REC achieved this feat owing to its adaptability, resilience, and consistent performance even during the global covid-19 pandemic. “In FY22, REC made its highest ever net profit of ₹10,046 crores and reached a net worth of ₹50,986 crores, owing to its cost-effective resource management and strong financial policies. REC has played a key role in the success of the flagship schemes of the Government of India such as DDUGJY and SAUBHAGYA and has contributed towards achieving village and household electrification in the country.

REC is currently playing the role of nodal agency for Revamped Distribution Sector Scheme (RDSS), for revamping the distribution sector to alleviate the financial & operational issues. We thank all of our stakeholders who have placed their trust in the company, and especially our employees who have offered their unwavering support for over five decades of our operations. We express our heartfelt gratitude to the Ministry of Power whose guidance and support have been key in making this accomplishment possible”, Shri Dewangan said. 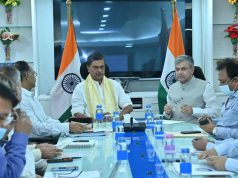 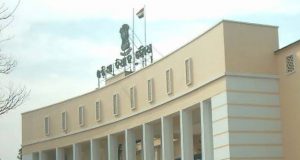