In a move aimed at providing a global platform for millet products, the Agricultural & Processed Food Products Export Development Authority (APEDA) launched a variety of millet products for all age groups at affordable prices ranging from Rs 5 to Rs 15 at the AAHAR food fair, which is Asia’s biggest B2B international food and hospitality fair. Haladi of Kandhamal is also attracting attention of the people.

APEDA also launched a variety of “Millet in Minutes” products under the category of Ready-to-Eat (RTE) such as Upma, Pongal, Khichadi, Noodles, Biryani, etc, which is a breakthrough in the food sector as it’s the first RTE millet product in the market to cater fast-paced world at their convenience in a healthy way.

All the RTE products are vacuum processed without any additives, fillers and preservatives. Nutrition value is retained as original with a shelf-life of 12 months in ambient temperature.

The APEDA is also working in collaboration with the Department of Agriculture and Farmers Welfare to increase cultivation area, production and productivity of millets, including bajra, jowar and ragi.

The 36th edition of AAHAR was jointly organized by APEDA and the India Trade Promotion Organization (ITPO) at Pragati Maidan this week.

In view of the nutritional value of the millets, the government has notified millets as nutri-cereals in April, 2018. The millets are a rich source of protein, fibre, minerals, iron, calcium and have a low glycemic index. In March, 2021, the United Nations General Assembly (UNGA) has declared 2023 as International Year of Millets.

AAHAR is a part of the series of export promotion initiatives taken by APEDA, which works under the Ministry of Commerce and Industry, to showcase agricultural and processed food products to the global players in the food and beverages industry as the fair is visited by a large number of importers from different parts of the world.

Notably, more than 150 food and agri Products have been registered as GI by the GI Registry till March 2022, out of which 123 GI products fall under APEDA’s category.

Also, APEDA created dedicated stalls for exporters from North East Region (NER) and Himalayan states/UTs like Jammu & Kashmir, Ladakh, Uttarakhand and Himachal Pradesh, women entrepreneurs, Farmer Producers Organizations (FPOs), Start-Ups and exporters of millets and millets products. More than 40 participants participated under these categories and each category will have dedicated stalls in the APEDA pavilion.

“The visionary approach, aggressive and consistent efforts of APEDA have enabled India to position itself as a consistent and quality supplier of agri products,” said Dr. M. Angamuthu, Chairman, APEDA. 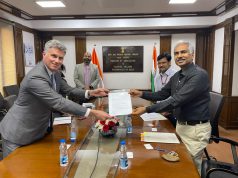 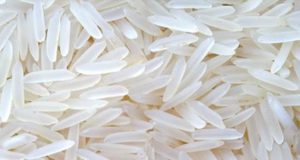