ITF is a first-of-its-kind initiative that aims to bring together all stakeholders of the Indian toy industry on a virtual platform to create sustainable linkages and promote dialogue for the holistic development of the industry.

The Toy Fair is being held on virtual/digital platform at https://theindiatoyfair.in from 27 February to 2 March, 2021. More than 1,000 exhibitors are participating in the Toy Fair.

Prime Minister Narendra Modi has called for bringing out the hidden potential of the toy industry in India and to create an identity for it as a big part of the campaign for AtmaNirbhar Bharat.

This first toy fair is not just a business or economic event but it is a link to strengthen the country’s age-old culture of sports and games, he added.

He said the world has done research on toys from the era of  Indus valley civilization, Mohenjo-Daro to Harappa. When foreign travellers came to India, they used to learn Indian sports and used to take it with them.

He said this toy fair is one such platform where one can discuss toy design, innovation, technology, Marketing and packaging and also share experiences.

The Prime Minister said toys contribute to the all-round development of children. He said way of reuse and recycling have been a part of the Indian lifestyle. Most Indian toys are made from natural and eco-friendly items, the colours used in them are also natural and safe.

PM said these toys also connect the mind with our history and culture and are also helpful in social mental development and cultivation of Indian outlook. He appealed to the country’s toy manufacturers to make toys that are better for both ecology and psychology. He urged them to use such things that can be recycled and use less plastic.

The Prime Minister said the creative toys develop the senses of kids and give wings to their imaginations.

He urged the parents to play with their children because toys play a vital role in the learning process of children.

PM said the parents should understand the science of toys and the role they play in the development of children.

Indian toys not only entertain, but also teach us scientific theories. ‘Lattu’ teaches us gravity and balance, ‘Gullel’ teaches us potential and kinetic energy.

He said in this direction, the Government has taken effective steps and brought changes through the New National Education Policy (NEP).

The Prime Minister said the NEP incorporates play-based and activity-based education on a large scale. This is an education system in which special attention has been paid to the development of logical and creative thinking in the children, he added. 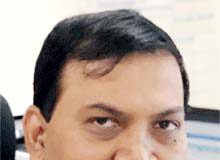 Himanshu - December 24, 2020 0
Bhubaneswar: A total Rs 19,227 crore has been disbursed by the MSME Department of State Government to the sector till date during...