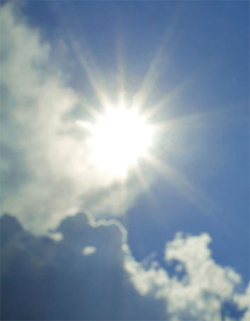 Bhubaneswar: The Bhubaneswar Centre of India Meteorological Department (IMD) said on Thursday said there will be no respite from the prevailing heatwave in the State for another three days. After that, the mercury may slightly come down by 2 to 3 degrees Celsius.

“No large change in maximum temperature (day temperature) during next three days and slight decrease about 2°C in subsequent two days over the districts of Odisha,” said the Met Centre.

The maximum temperature is very likely to be more than 40 degrees Celsius and it is likely to be above normal by 3 to 5 degrees at many places over districts of interior Odisha and 2 to 3 degrees more than the normal temperature at a few places of coastal Odisha during next three days, it said.

The IMD advised the people to take precautionary measures while going outside during the day time between 11 AM to 3 PM during the next three days.

Farmers are advised to continue irrigation activities in sugarcane, summer maize, pulses and other crops and vegetables, it added.

The mercury remained between 43 degrees and 44 degrees at places like Sundergarh, Hirakud, Bhawanipatna, Talcher and Bargarh. 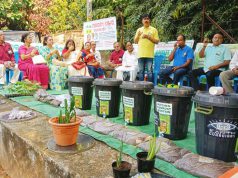 Tathya Correspondent - January 31, 2021 0
Bhubaneswar: While IMD Bhubaneswar, warning of the prevalence of cold wave conditions in 11 districts, the Odisha Government Sunday put all the...