Bhubaneswar: As another step towards increasing male female sex ratio in the State and safeguarding the ‘right to life’ of the female fetus, State Government Friday launched guidelines for wider implementation of Informers’ Incentive Scheme.

Speaking about the scheme, Secretary Health and Family Welfare Shalini Pandit said, “Determining sex of the fetus and sex selection amounts to misuse of technology, and is one of the important reasons for declining sex ratio”.

“Information from peoples’ sources will be very helpful in preventing this malice. Therefore, simplified guidelines have been issued to District Collectors and enforcement authorities for intensifying implementation of the PC and PNDT Act throughout the State”.

Shrimati Pandit also said that districts were asked to build up awareness among the community for ensuring active participation of the people in the scheme. The districts would also set up reliable informers’-network for timely transmission of information relating to sex determination.

There would be a separate confidential file and complaint register at the district level. One contact number would be kept in place for receiving the complaints, and one Officer would be designated for the purpose, she said adding, that on receipt of the information and complaints, the appropriate authority would undertake fact finding visits with help of the district task force members.

Available data showed that the child sex ratio is adverse against girls. As per National Family Health Survey-5 (conducted between 2019-21) report, sex ratio at birth (SRB) is 894 in Odisha. In view of this it was felt that people’s information and community involvement would sharpen the enforcement and curb the abhorrent practice of sex selection. 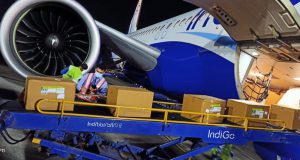 Tathya Correspondent - April 30, 2021 0
Bhubaneswar: Odisha Government at 9 PM has received 1.5 lakh doses of Covaxin Vaccine, as the first consignment of State's own procurement...