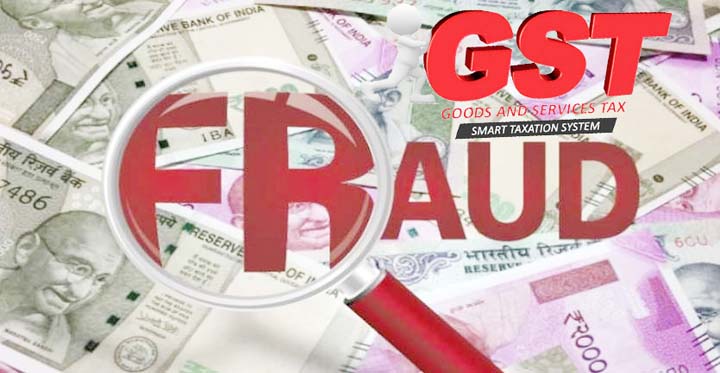 Bhubaneswar: In a statewide drive against the GST fake invoicing fraud, the Enforcement Wing of State GST Commissionerate of Odisha on Monday arrested three master minds (two from Rourkela and one from Cuttack) for their alleged involvement in creation of fake firms and evading GST to the tune of Rs 40.36 Crores. The accused are identified as Smruti Ranjan Mohanty, Soumya Ranjan Mohanty and Rajeev Mishra.

The accused Soumya Ranjan Mohantyby profession is a Senior Branch Service Manager of HDFC Life Insurance Company Limited. In addition, two other master minds namely, Sibaram Patra, a journalist by profession and Ankit Agarwal of Rourkela who are also involved in this GST fraud have absconded.

These five accused in collusion with others have availed bogus input tax credit (ITC) worth Rs. 20.45 Crores on the strength of fake purchase invoices of Rs 84.01Crores without physical receipt of goods or purchase of goods out of account without payment of tax in the name of 12 fake business entities created and operated by them.

They are also found to have passed bogus input tax credit (ITC) worth Rs. 21.91 Crores on the strength of fake invoices worth Rs 115.19 Crores to the recipients of both inside and outside the State of Odisha against the sale of goods purchased fictitiously and have defrauded the state exchequer. The GST fake bill of Rs 200 Crores have been arranged/issued within a short span of 4-5 months’ time.

The damage caused to the state revenue would have been manifold, had the fraud not been detected at the early stage by the Enforcement Wing. During search it was found that the masterminds had created few other dummy firms and kept them ready for issue of fake invoices and passing of bogus ITC. The registering authorities have been moved to cancel the registration certificates of the fictitious firms immediately.

The fraud in respect of above 12 fictitious firms came to light when the Enforcement Wing based on intensive data analysis and internal intelligence report conducted a statewide search operation during the month of November, 2020. During such search and inspection, the CT & GST Enforcement Wing unearthed more than 100 fake and non-existent firms.

These 100 non-existent firms are found to have been created in the name of unemployed youths, house wives, farmers, senior citizens and daily wage labours. Taking advantage of their ignorance and poverty, the masterminds have taken their identity documents such as Aadhar card, PAN card, photographs, Bank pass book on the pretext of giving them employment or arranging loans.

Afterwards, these documents have been used to create and operate fake firms in order to defraud the state exchequer. Investigations in remaining cases (beside 12) are in progress to unravel the network and multiple chain of fake invoices, masterminds, benefactors and, also, to ascertain the exact amount of tax evasion and usurpation by these fake entities and fraudsters.

These masterminds were committing the crime in a well-planned manner. They were opening bank account in the name of proprietor of fake firms and took possession of the signed cheque book, RTGS form, ATM cards, User Id and password for online transaction from them to operate the bank account without their knowledge. Interestingly, they were also taking two separate mobile numbers in their name; one for generation of way-bill (receiving OTP and communication from department) and other for regulating the banking transaction like receiving of OTP, debit and credit entry in the bank account and online banking transaction. They have been forging the rent agreement in the name of house owner who have expired since long. There are sufficient evidences to the effect that these masterminds are taking help of the people related to Banking and Insurance sector who are well verse in electronic transactions and payment systems.

The State GST Enforcement Wing has so far arrested 16 numbers of fraudsters for their involvement in issuance of fake invoices to the tune of Rs 4700 Crores (purchase & sales) and availed and passed bogus ITC worth of Rs 881 Crores in the name of dummy firms created and operated by them. Further, registration of 19539 dealers have been cancelled during 2019-20 and 2020-21 so far by the state GST officers on the ground of their non-existence after field enquiry or due to non-filing of returns. In the meantime, in order to check registration of fraudulent firms, the registration process has been made more stringent with linkage of Aadhar and field enquiry.

The Commissionerate of State GST appeals to general public that they should not share their identity documents, personal details, bank details etc. with any unauthorized persons. Also, they should not permit any unauthorized person to operate a business or bank account on their behalf or in their name. Also, in case it comes to their notice that their credentials and other personal documents are being misutilized by someone for running a business the same should immediately be intimated to the nearest GST office.

Tathya Correspondent - January 18, 2021 0
Bhubaneswar: With Economy set to contract due to COVID-19 Pandemic, State Government is likely to face a shortfall of Rs.25,000 Crore on...