Bhubaneswar: State has been able to collect Gross GST revenue to an extent of Rs.3340.57 crore during February-2021 and registered a growth of 20 per cent over the corresponding period of 2020.

While during February-2020, Odisha had collected Gross GST Revenue worth Rs.2790.16 Crore, despite COVID-19 Pandemic, the State has been able to collect more during the month, officials say.

The Union Government has settled Rs.22,398 crore to CGST and Rs. 17,534 crore to SGST from IGST as regular settlement.

In addition, the Centre has also settled Rs. 48,000 crore as IGST ad-hoc settlement in the ratio of 50:50 between Centre and States/UTs.

The total revenue of Centre and the States after regular settlement and ad-hoc settlement in the month of February 2021 is Rs. 67,490 crore for CGST and Rs. 68,807 crore for the SGST.

This is a clear indication of the economic recovery and the impact of various measures taken by tax administration to improve compliance, said officials. 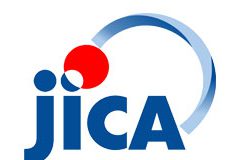 Tathya Correspondent - December 26, 2022 0
Bhubaneswar: Odisha Government has shown interest in taking Japanese Loans for its developmental projects as Japan is showing its inclination for development...