Reviewing the situation in the state this evening, he also expressed concern over the large number of cases of Black Fungus in various parts of the country and directed that the State be fully prepared to deal with it.

The Chief Minister also directed for the availability of trained doctors and medicine to handle the situation.

He directed all the district main hospitals, including the medical colleges in the State, to identify patients with Covid and non-Covid Black Fungus patients and treat them in separate wards.

Hoping that the number of patients during the second wave of Covid to  decrease in the coming weeks, the Chief Minister said, “Using this experience, we need to be prepared for the third wave.”

Mr.Patnaik directed that special arrangements be made for the health of the children in each district.

The Chief Minister said that the positive rate in the state is now less than 15 per cent and the number of positive cases in most districts has also declined.

“But there is a need for more testing in storm-affected areas,” the Chief Minister said and stressed the need to conduct a door-to-door awareness campaign.

The Chief Minister advised the district magistrates to take it very seriously and start the treatment of the identified patients on the basis of priority. In the current context, the Chief Minister suggested that the group should be actively involved in the infection control program.

Highlighting the vaccination, the Chief Minister said that vaccines are the main weapon to fight against future tides and variants.

“Despite all the obstacles, the government continues to make every effort to increase the supply of vaccines in the State,” Mr.Patnaik said.

The Chief Minister hoped that the supply of vaccines would improve next month.

Mr.Patnaik also directed that the women who lost their husbands in Covid and the children who lost their parents be identified on a priority basis and included in the Madhubabu Pension Scheme within the next two weeks.

Similarly, the Chief Minister has directed the beneficiaries of all social security schemes to pay a three-month pension in advance in view of the covert situation. The pension will be paid in cash to the beneficiary’s village.

“We have achieved this only with the full cooperation of the people of Odisha,” he said, referring to the United Nations Office for Disaster Risk Reduction’s recognition of Odisha’s disaster management program.

Chief Secretary Suresh Chandra Mohapatra said that special emphasis is now being placed on preventing infections in rural areas. On the instructions of the Chief Minister, the participation of group organizations and the Covid test will be further intensified.

Mohapatra said the pressure was now on the ICU, HDU and general beds for cochlear treatment in the state. Demand for this specialty has grown significantly as a result of recent corporate scandals. “It simply came to our notice then.

The ACS briefed the Chief Minister on the state’s vaccine supply and informed that Amphotericin has been prescribed for the treatment of black fungus. 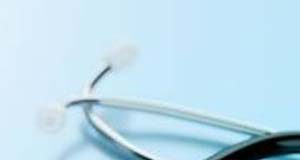 Covid Surge May Slow in May II