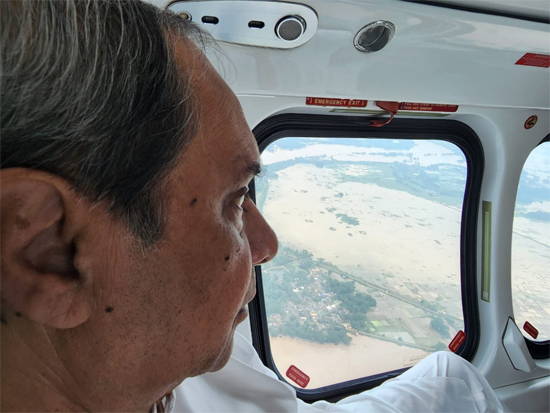 Bhubaneswar: Chief Minister Naveen Patnaik on Thursday inspected the flood-hit areas of several districts through an aerial survey and announced 15 days relief for the affected people.

He expressed concern over the large areas inundated by the flood and damage of crops and houses.

After the aerial survey, the Chief Minister ordered to expedite the provision of relief and cooked food, health care, and drinking water supply in the affected areas and also to provide necessary fodder and veterinary treatment to the affected cattle/livestock.

After making the aerial survey, Mr.Patnaik announced relief assistance for the affected people.

The Chief Minister has announced 15 days relief for the people, who are residing in the marooned villages of Khurda, Puri, Cuttack, Kendrapara and Jagatsinghpur districts.

Similarly, a seven-day relief will be given to the affected people of Sambalpur, Bargarh, Sonepur, Boudh and Angul districts, he said.

Mr.Patnaik has also directed the district administrations to assess the damage within seven days after the water level recedes and to provide relief for house damage and crop damage within 15 days. 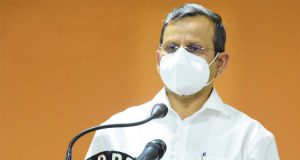 Tathya Correspondent - April 15, 2021 0
Bhubaneswar: In view the hike on COVID-19  graph during the second wave of the COVID-19 pandemic, Odisha Government Thursday decided to impose night...