Issuing a notification to this effect, Home Department said the OPS (SB) officers in the rank of Additional Superintendent of Police (ASP) are promoted to the Grade of OPS (S) i.e. to the rank of SP (Super time Scale).

These officers will receive Level-14 in the Pay Matrix under ORSP Rules, 2017 per month on ad hoc basis for a period of one year from the date they actually join in the promotional post or till retirement or till the recommendation of the Odisha Public Service Commission (OPSC) is received and accepted by the Government whichever is earlier. 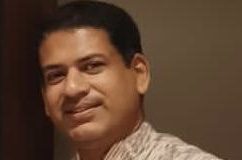 Tathya Correspondent - March 25, 2021 0
Bhubaneswar: 1994 Batch IAS Santosh Sarangi has been appointed as Additional Secretary School Education and Literacy in the Ministry of Education.