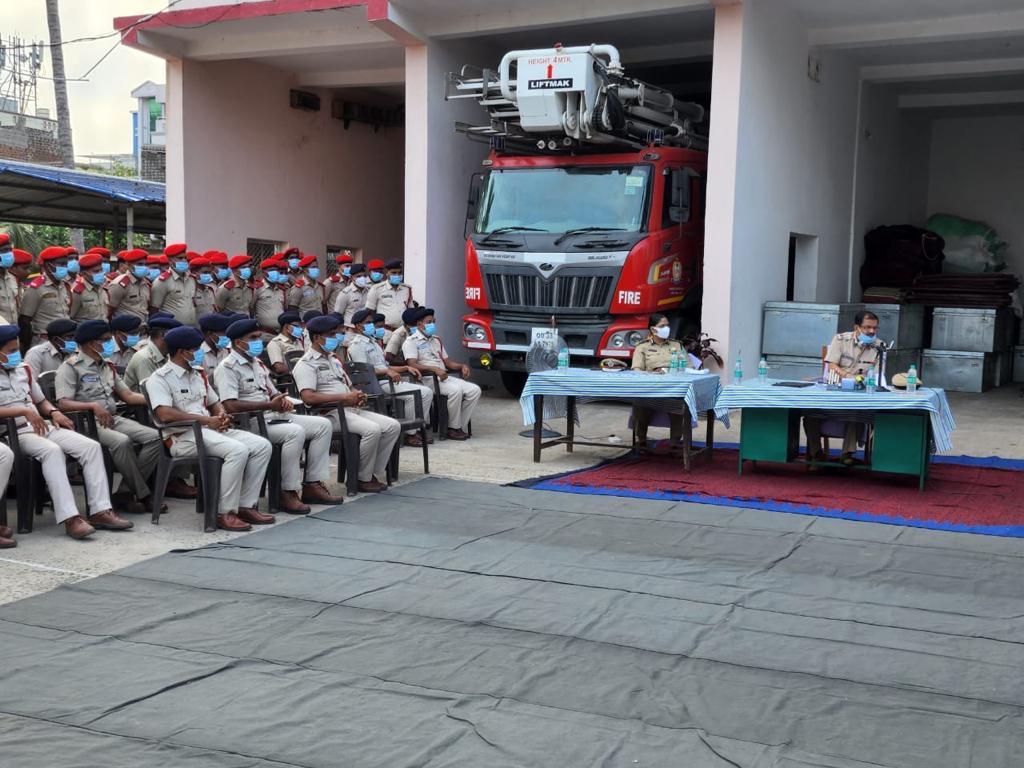 Puri: The Directorate of Fire Service has made elaborate arrangements for the upcoming Rath Jatra of Lord Jagannath and his siblings, beginning here from July 1.

In the Fire Protection and rescue arrangement, Mr.Upadhyay explained the aim and objective of the safety arrangement which shall be citizen-centric at the vulnerable places.

The DGP, Fire Service has emphasized to attend all emergency eventualities at the minimum response time. He has also guided all personnel detailed in the arrangement to dedicate themselves for selfless public service of the highest order.

Further, he motivated the Fire Service personnel to exhibit exemplary discipline and earn the respect of citizens.

Mr.Upadhyay has highlighted team work & encouraged the men to be tolerant during time of challenges which may arise during the duties. He has asked the forces to handle all pressure situations with due calmness.

The Fire Service personnel deployed for the purpose shall be positioned in different strategic locations and adequately equipped with firefighting units will be positioned near Lions Gate from June 30, which will further follow Chariots till Gundicha temple.

Besides, the same units shall be deployed during the Return Car Festival followed by Sunabesha & Niladri Bije.

Dedicated Fire fighting teams with portable fire extinguishers will be positioned inside Shree Mandir and Gundicha mandir from June 30 to July 10.

Three dedicated firefighting teams equipped with portable fire extinguishers will be engaged to effect fire protection at three chariots during the Car Festival & Bahuda as well, an official said.

One dedicated first responder team equipped with an extinguisher will be positioned at a VIP enclosure near Lions Gate till departure of chariots from Lions Gate.

One dedicated firefighting unit equipped with a fire tender & portable extinguisher shall be positioned near OB Van. Dedicated water supply to the firefighting unit will be provided from the WATCO pumping station near Dolabedi.

The unit shall also cater water supply to the nearby sprinkling units located before Dudhwala Dharmasala and sprinkling units deployed inside the cordon area near Lions Gate, said the official.

Vulnerable places like Puri Railway Station, Puri bus stand, Temporary bus stand of Talabania, Malatipatpur bus stand shall be rendered with effective fire protection. Dedicated Firefighting teams will be positioned at these vulnerable areas to avert any eventualities at the shortest response time, he said.

Two Firefighting units equipped with adequate manpower and extinguisher will be positioned at Palishree Mela area for Fire Protection while dedicated rescue teams will be positioned at five different vulnerable holy tanks such as Narendratank, Swetaganga tank, ParbatiSagar tank, Markandeya tank & Indradumna tank where a large number of devotees are expected to take holy bath. The teams will be equipped with power boats, diving equipment and other floating aids.

In order to prevent sunstroke and dehydration issues, Odisha Fire Service also extended its service to sprinkle water on the pilgrims during the Car Festival and Return Car Festival. As many as 15 Quick Response Units and eight water tankers shall be utilized for effective mitigation.

District Administration of Puri has facilitated and attached 300 volunteer lifeguards with the Fire service rescue teams at the beach.

To prevent water logging in case of heavy downpour, Fire Service dewatering teams are kept in complete readiness with 10 Fire Pumps and adequate manpower for the purpose. The dewatering teams shall be mobilized to different low line areas in consultation with District Administration.

A dedicated Rescue team equipped with special equipment and Rescue tender shall be kept standby at Puri fire station to meet any eventualities.

Two quick response units equipped with cutting gears shall be positioned near Pipili bypass and Konark marine drive to respond to any unforeseen situations.

All 12 Fire Stations of Puri district will be kept on high alert to respond to any emergency during the Car Festival and Return Car Festival. 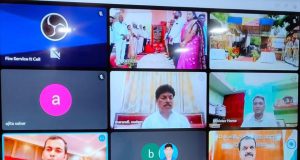