Bhubaneswar: State Institute for Development of Arts and Crafts (SIDAC), Bhubaneswar has been accorded with Centre of Excellence (CoE) status by Government of India.

In fact SIDAC is the first such institute in the country in Government Sector to impart non-technical training.

SIDAC established since 2004 is a Government of Odisha sponsored organization has been created to function as an autonomous agency for the development of handicrafts sector of the Odisha.

The organization is managed by Department of Handloom, Textiles and Handicraft.

SIDAC and is imparting skill training in handicrafts of the state having market potential.

In the process, the organization has developed syllabus for the craft courses and standardized the same by implementing the training programs for more than 10 years.

On integration of the state of art handicrafts and handloom museum “Kalabhoomi” SIDAC has now turned out to be a favored place for the students from across the country for research activities in the traditional skill as well as related subjects.

The organization has successfully demonstrated its capacity for implementing skill development programs in different clusters and pockets funded by Govt. Agencies.

On 24 November 2020, the final presentation for the status of “Centre of Excellence” was made by Subha Sarma, Secretary Handloom Textiles and Handicraft Department and chairperson SIDAC to the Standing Committee under the chairmanship of Secretary Ministry of Skill Development and Entrepreneurship(MoSDE).

While granting the CoE status, MoSDE observed that an organization of the nature and standing of SIDAC has an important role to play in training activity in the informal / non-traditional skilling sector.

Similarly SIDAC will play a role for the training, practice and preservation of rare and dying arts and crafts of the State as well as for wider proliferation of its activities and benefit to the skilling eco-system.

This will have positive spinoffs in the form of sharing of best practices with similar institutions in the country, as well as mobilization of global best practices for preservation of rare art and crafts forms. 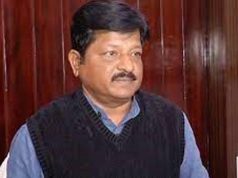