Bhubaneswar: ESL Steel Ltd, the steel industry operated by the Vedanta Group, has secured the Nadidih iron ore (BICO) on the second day of the ongoing mines auction.

The company has emerged as the highest bidder for the Nadidih iron ore block (BICO), which is located in Sundargarh district. Four other companies have participated in the financial bidding process conducted yesterday, sources said.

The ESL Steel Ltd has committed to pay a premium of 95.6 per cent. This means ESL will have to pay Rs 95 to the State government for sale/transaction of every Rs 100 of iron ore from the block.

The mine spread across 73.85 hectares in the Sundargarh district has been explored up to G2 level. It is one of the oldest mineral blocks in Koira mining sector. It has been in operation since October 1967, the sources said

ESL Steel operates a 2.5 million mt per year steel mill at Bokaro in Jharkhand State which was acquired by the Vedanta Group through the bankruptcy resolution process.

The state government is conducting the financial bid for Nadidih iron ore and manganese block (Feegrade) today. This block is spread over 71.134 hectares

Naveen Jindal-led Jindal Steel and Power Limited (JSPL), one of the largest steel producers in the country, has bagged the Kasia iron ore and dolomite block in the ongoing auction process in Odisha. 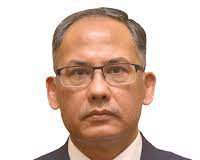