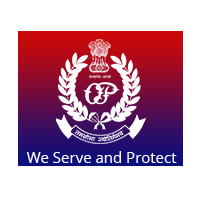 Dipak was arrested from Luludiha area in Sundergarh district while he was trying to flee the State. He is being forwarded to the court of SDJM, Bhubaneswar today.

Investigation of the case revealed that both the complainant and accused companies are registered with RBI as NBFC-MFI.

During the year-2020, the accused company approached the complainant company for a loan of Rs. 5 crore for the purpose of carrying on financial activities effectively by giving loans to different SHG and Joint Liability Groups (JLG).

During the course of investigation, the police found that the fraud company during the period from 2015 to 2020, in a similar manner had raised funds of more than Rs 109 crore from different investors/lenders.

He raised the money on the basis of forged documents and misappropriated the same by diverting the amounts to their personal accounts and accounts of sister concern companies including Diya Dairy Agro Processor Pvt. Ltd., the Director of which is Amrita Kindo, wife of Dipak.

During investigation of the case, 61 bank accounts relating to Sambandh Finserve & others maintained with different nationalised & private banks have been identified and the available balance of more than Rs 17.10 crore have been frozen, the police said.

Earlier, accused Amrita Kindo, wife of the present accused has been arrested in this case, who had availed more than Rs 22 crore out of the cheating money. She is still in judicial custody.

The present accused Deepak Kindo was absconding, evading police arrest since registration of the case, for which Look Out Circular was earlier issued in his name.