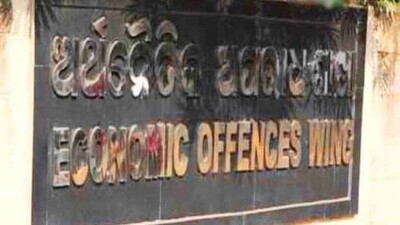 Bhubaneswar: The Economic Offences Wing (EOW) of Crime Branch has arrested one accused, Himanshu Bhandarion from Noida, Uttar Pradesh for cheating Rs 2.35 crore from a businessman.

The arrest was made against a case registered on the basis of a complaint filed by Pramod Kumar Rout of Joda in Keonjhar district on the allegation of cheating to him to the tune of more than Rs 2.35 crore in the guise of paying him Rs 3 core from the Government of India, under Pradhan Mantri Rahat Kosh Yojona against his Insurance Policy with Max New York Life, using the forged & manipulated documents.

During the investigation, the EOW found that complainant Pramod Kumar Rout has been holding one policy in Max New York Life Insurance Company since March-2012. During the month of October 2019, he received a call from a person who identified himself as AK Walia, Fund Releasing Head, Ministry of Finance and informed him that complainant’s above mentioned Insurance policy has been selected under Pradhan Mantri Rahat Kosh Yojona and that the Union Government will release an amount of Rs 3 crore in his account.

Subsequently, the complainant received one letter in his mobile through Whatsapp, which was issued under the signature of one Suresh Mathur, HOD (Intermediaries) Insurance Regulatory & Development Authority of India (IRDA), wherein it was mentioned “…..the authority request you to pay dues and receive your fund of Rs 1,56,36,500 within next 4 hours”.

Along with the above letter, he also received some other communications/photographs in his Whatsapp. Investigation of the case also revealed that when the complainant did not respond to the above letter and remained silent for some days, a series of calls were received by him from different persons & from different mobile numbers, who identified themselves to be employees in the office of AK Walia, who induced/ persuaded the complainant to transfer cash through RTGS and provided several bank Account numbers.

Being persuaded, the complainant, during the period from November 19, 2019 to February 4, 2021, had transferred around Rs 2.35 crore in instalments.

However, even after lapse of time, when no amount was returned to the complainant, he doubted their activities and on his contact, he found all the mobile numbers (from which he had received calls) were switched off.

Complainant also received many letters on Whatsapp issued by the Ministry of Finance, RBI, Income Tax Department, and images of two bank Demand Drafts in favour of the complainant amounting to Rs 1,27,73,000 and Rs 70,81,800, the police said.

“All these letters/ documents were found to be fake and forged. During investigation it was found that there is no such person like Walia instead accused and his gang members were impersonating as high level officials to cheat the complainant,” said the EOW.

It was found that the accused is one of the members of the gang which is involved in many such cases in various States. Investigation of the case is continuing. Efforts are on to identify/arrest other members of the gang, they said. 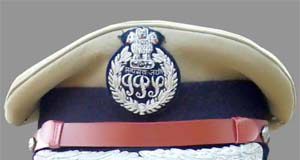