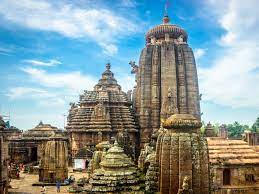 Bhubaneswar: Shree Ligaraj Temple owns 1,523.879 acres of landed properties, of which, 36.370 acres in Bhubaneswar city is under encroachment, said the Comptroller and Auditor General of India (CAG) in its latest report on General and Social Sector for the year ended March 2020.

Information on ownership and encroachment of land at other places were not known to the temple administration, it said.

The EO of Shree Lingaraj Temple had filed 272 cases against the encroachers between 1990 and 2010. The Commissioner Of Endowments (EC) had disposed off 222 cases as of October 2019. Of this, the EC forwarded 196 cases to the District Collector, Khurdha for eviction of encroachments.

On the remaining 26 disposed off cases, actions to be taken were not on record. Of the 196 cases referred to the Collector, 79 cases related to Bhubaneswar Tahasil only. Of this, possession was recovered in 15 cases and 17 were pending for want of action at the level of District Collectors.

In the remaining 47 cases, it was reported (January 2017) that eviction was not possible by demolishing/ evicting dwelling units or shops constructed in the encroached lands due to probable law and order situation which might arise.

The CAG further pointed out that land measuring 5.988 acres situated in Gautam Nagar under Bhubaneswar Municipal Corporation area was in the name of Shree Lingaraj Mahaprabhu Marfat Trust Board in the Sabik record.

In 1995, the land was settled in the name of a former trustee of the trust board. The market value of the land, as reported by the EO of the temple in November 2019, stood at Rs 62.87 crore.

The above facts indicated that the trust boards and EOs had not taken appropriate action to safeguard the valuable landed property of the RIs, the auditor said.

The CGA has recommended that Government may charge penal rent on the occupants of encroached land in case eviction is not possible. In addition, the EC may advise the RIs to plan for utilisation of lands lying vacant under their possession to avoid cases of further encroachment, etc. 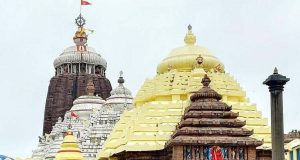 Tathya Correspondent - June 29, 2022 0
Puri: A large number of devotees made a long beeline to have first glimpse of Chaturdhamurti (Lord Jagannath, Lord Balabhadra and Devi...