New Delhi: The Directorate General of Foreign Trade has directed Regional Authorities to physically verify all documents of applicants for export of wheat before issuing Registration Certificates (RCs).

Santosh Sarangi, DGFT has issued orders to ensure that the exporters are not issued RCs based on improper documents.

In order to plug the loophole, it has been decided that Regional Authorites will do a physical verification of all Letters of Credit, whether already approved or under process. Wherever necessary, help of a professional agency may be taken for such verification, the order adds.

1. Validation/endorsement by Recipient Bank to be ensured while doing physical verification

2. In cases where the LC date is on or prior to 13th May 2022 but the swift message / message exchange date between the Indian and Foreign bank is after 13th May 2022, Regional Authjorities may conduct full investigation and if these are found to be ante–dated, immediate proceedings under FT (D&R) Act, 1992 to be initiated against the exporters.  Such cases to be further examined for referring to enforcement agencies like Economic Offence Wing (EOW) / Central Bureau of Investigation (CBI). In case of complicity of any Banker in cases where ante-dating is established, necessary proceedings as per law will be initiated.

The Government of India had earlier (on 13 May 2022) restricted wheat exports to manage the overall food security situation in India and to support the needs of neighbouring and vulnerable countries that are adversely affected by the sudden changes in the global market for wheat and are unable to access adequate wheat supplies. 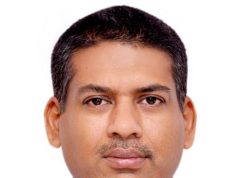