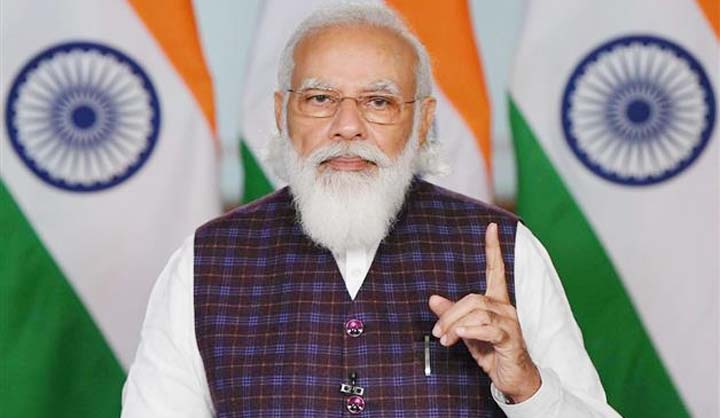 New Delhi: Prime Minister Narendra Modi laid the foundation stone of the New Parliament Building today. The new building is an intrinsic part of the vision of ‘AatmaNirbhar Bharat’ and will be a landmark opportunity to build a peoples’ Parliament for the first time after independence, one which will match the needs and aspirations of ‘New India’ in the 75th anniversary of independence in 2022.

Speaking on the occasion, the Prime Minister said today is a milestone in India’s democratic history, filled with the idea of ??Indianness. He added that the start of the construction of Parliament House of India is one of the most important stages of our democratic traditions. He gave a call to the people of India, to build this new building of the Parliament together. He said it can’t be more beautiful or more pure than the new building of our Parliament witnessing when India celebrates 75 years of its independence.

PM remarked that democracy elsewhere is about election procedures, governance and administration. But democracy in India is about life values, it is the way of life and the soul of a nation. He added India’s democracy is a system developed through centuries of experience. There is also a life mantra, an element of life as well as a system of order in the democracy in India. He said it is India’s democratic strength that is giving new energy to the development of the country and giving new faith to its countrymen. He said democracy in India is constantly being renewed every year and it is seen that voter turnout is increasing with every election.

The Prime Minister remarked that democracy in India has always been a means of resolving differences along with governance. Different views, different perspectives empower a vibrant democracy. He said our democracy has moved forward with the goal that there is always room for differences so long as it is not entirely disconnected from the process. He stressed that policies and politics may vary but we are for the service of the public and there should be no differences in this ultimate goal. He added whether debates occur within the Parliament or outside, the determination towards national service and dedication towards national interest should be reflected in them constantly.

Mr. Modi urged the people to remember that it is the responsibility of the people to awaken the optimism towards democracy which is the basis of the existence of the Parliament House. He reminded that every member who enters Parliament is accountable towards the public as well as the Constitution.

He said there are no rituals as such to consecrate this temple of democracy. It is the representatives of the people who come to this temple that will consecrate it. He said their dedication, their service, conduct, thought and behavior will become the life of this temple. Their efforts towards the unity and integrity of India will become the energy that gives life to this temple. He added when each public representative will offer his knowledge, intelligence, education and experience fully here, then this new Parliament House will gain sanctity.

The Prime Minister urged the people to take the pledge to keep India First, to worship only the progress of India and the development of India, every decision should increase the strength of the country and that the country’s interest is paramount. He asked everyone to take the pledge that there will be no greater interest for them than national interest. Their concern for the country will be more than their own personal concerns. Nothing will be more important to them than the unity, integrity of the country. Dignity and fulfillment of the constitution of the country will be the biggest goal of their life.