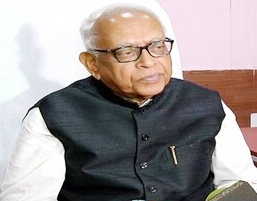 Bhubaneswar: Congress MLAs in Odisha will not support NDA’s presidential candidate Draupadi Murmu as she has been inspired by BJP and RSS ideology, said senior Congress lawmaker Narasingha Mishra on Thursday.

“As Murmu is inspired by the RSS ideology, neither me nor my party members will cast a vote in favour of her in the presidential election,” Mishra told reporters.

“The opposition parties at the Centre including the Congress have already chosen its candidate for the election. So, there is no chance in turning back on our candidate and supporting another, which will be against our party,” he said.

The Congress leader also criticised the BJD government and Chief Minister Naveen Patnaik, who had called upon all the MLAs to support Murmu as she is from Odisha.

“If Naveen Patnaik has so much sympathy for Odia people, why did he send a non-Odia, BJP nominee, to Rajya Sabha? Did not he find any Odia suitable for the Upper House?” he questioned, hinting towards Ashwini Vaishnaw, who is now serving as Railway Minister in Modi’s Cabinet.

ST & SC Development & Law Minister Saraka and Water Resources, Commerce & Transport Minister Sahu have signed as proposers in the nomination papers of Murmu Thursday. The BJD has taken this move after BJP President JP Nadda spoke to Patnaik in this regard. 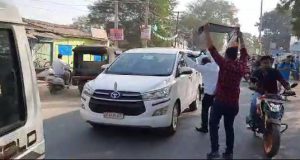