The Chief Minister along with other Ministers of his Cabinet has declared their assets to the public.

Mr.Patnaik’s property statement revealed that he has six bank accounts in various locations such as New Delhi, Bhubaneswar, Hinjilicut in Ganjam and Padampur in Bargarh.

However, Mr.Patnaik has not mentioned about the farmland and building spread over an area of 22.7 acres at Tikri Khera village of Faridabad, valued at over Rs 10.75 crore, which was inherited from his mother. He may have sold the property, sources said.

Naveen Patnaik, son of Biju Patnaik and Gyan Patnaik, is the youngest among the three siblings. Brother Prem Patnaik is the eldest followed by sister and author Gita Mehta and then comes Naveen.

Earlier, the CM had also declared financial liability of Rs 1.25 crore, which he had taken as an advance against the sale of farmland at Faridabad vide an agreement dated September 18, 2019.

Veteran leader Biju Patnaik had served as Chief Minister of Odisha for two terms. Naveen Patnaik, who also heads Biju Janata Dal (BJD) is on the Chief Ministerial chair for a record fifth term since 2000.

Apart from the CM, all the Ministers have also disclosed the value of their moveable and immovable properties in the web portal.

Science and Technology Minister Ashok Chandra Panda’s total value of movable and immovable assets stands at Rs 6.49 crore, Health Minister Naba Kishore Das has revealed that his wife has 75 vehicles in her name and all the vehicles are commercial ones. Of them, 18 were procured in 2021 only. 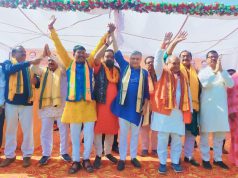