Addressing the Vigilance Awareness Week Celebration here on Monday he said that the State Government aims at providing basic public services made available to the people at the grassroots level in a fair and transparent manner and the benefits of welfare and developmental schemes reach the backward and poor sections of the society.

“With proactive steps like ‘Mo Sarkar’, we are also trying to empower the people, who are the ultimate masters in a democracy, for claiming their rightful entitlements,” Chief Minister said. Secretary to Chief Minister V K Pandian moderated the proceedings.

He administered Integrity Pledge to all officials of the State Government on Vigilance Awareness Week.

Mr.Patnaik said that ‘Transparency’ is a critical factor of the 5T initiatives undertaken by the State Government with a view to achieve transformational goals in governance and ensure better delivery of public goods and services to the people in a hassle free manner.

“My government has been taking a number of proactive steps to strengthen Odisha Vigilance, so that it can discharge its mandate more professionally and serve the people in a better way, ” Chief Minister said.

The theme of this year’s programme is “Corruption free India for a developed Nation”.

Mr.Patnaik further said that it is very encouraging to see that in all major parameters like registration and disposal of corruption cases and conviction of corrupt public servants, Odisha Vigilance is among the top performing anti-corruption agencies in the country, as revealed by the latest statistics in Crime in India-2021 published by the National Crime Record Bureau.

He said that these are days of ever changing technological and professional advancements in every field.

“I therefore urge the Vigilance Department to take Odisha Vigilance to the next level by bringing in technological up-gradation and expanding its multi-disciplinary character by roping in more professionals. Odisha Vigilance must take leverage of best practices and technologies available in the field of anti-corruption to enhance the capacity and effectiveness of Vigilance organization,” he said.

“I am delighted to know that in the area of detection and registration of disproportionate assets cases,   Odisha Vigilance has ranked number 1 in the country as per the latest NCRB data,” the Chief Minister said.

The Chief Minister congratulated Odisha Vigilance for its sustained initiatives in combating corruption. He also called upon all the public servants to show exemplary probity and integrity in their work and appealed to the people of Odisha to renew their resolve to fight against corruption and strengthen the transparency and anti-corruption initiatives of the Government.

Chief Secretary Suresh Chandra Mohapatra said that with 5T and MO Sarkar put in place, most of the services are now offered online. People need not come to Government offices.

He said that the state vigilance academy is one of the best academies of the country. The Chief Secretary emphasised on strengthening the internal vigilance mechanism.

Director of Vigilance Jaswant Kumar Jethwa gave the welcome address and ADG Vigilance Asheet Panigrahi offered the vote of thanks. 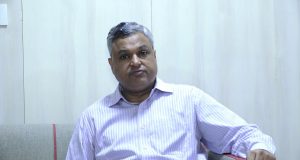