Chief Minister Naveen Patnaik Tuesday announced house repairing assistance for the people who have availed houses under State Schemes and who are waiting to get houses under PMAY.

All the beneficiaries, who have availed houses under state schemes—Biju Pucca Ghar Yojana (BPGY), BPGY (Mining) and Nirman Shramik Pucca Ghar Yojana will get house repairing assistance of Rs 3,000 each, he said.

Similarly, Rs 5,000 will be given for the repair of houses to the needy families who have been deprived of a house under the central scheme Pradhan Mantri Awaas Yojana (Grameen).

The Chief Minister has announced this decision taken by his Cabinet, while addressing the people of Odisha.

Stating that Odisha is facing cyclones almost each year, he said shelter is a basic need for security of all. Odisha is the first state in the country to make such a decision, he stated.

“Biju Babu’s dream was to have a roof over the heads of all the families. To realize his dream, we have launched the Biju Pucca Ghar Yojna. In the first Cabinet of my government after the 2014 election, we had decided to convert all kutcha houses to pucca and good work has been done in this direction,” he said.

He further said, Odisha is one of the leading states in the country in execution of rural housing schemes. The state government has spent more than Rs 22,000 crore since 2014.

“Many eligible families have been waiting for a long time to get a house under the Central scheme. Sadly, people from our tribal areas and western Odisha are mostly affected by this. In this regard, I have been repeatedly drawing the attention of the Union government,” the Chief Minister said.

“I know that our poor people are in distress because of Covid. You are facing difficulty even to paint your houses. I can feel your pain. To this end, the state Cabinet has taken this historic decision today to help the poor,” he told the people.

About 30 lakh families will be benefited with the decision and the amount will be directly transferred to the bank accounts of the beneficiaries, Naveen said.

The State government will bear an additional cost of Rs 1444 crore for this move and the fund will be met from BPGY, he added.

Criticizing the Centre for not sanctioning PMAY houses for the people of Odisha, Naveen said, “As long as my government is there, I will not allow my brothers and sisters in the state to be harassed for a house. I wish everyone to live with dignity. We are trying to get a pucca house for you all from the Central scheme.”

“However, no need to worry, if the Central government does not accept yours’ legitimate right. The state government is with you. We will take steps to provide pucca houses for you all,” the Chief Minister further stated. 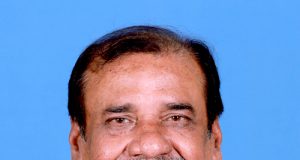 Tathya Correspondent - December 4, 2021 0
Bhubaneswar: The State Government has identified a total of 6,970 beggars across the State and is implementing a scheme called Sahaya for...