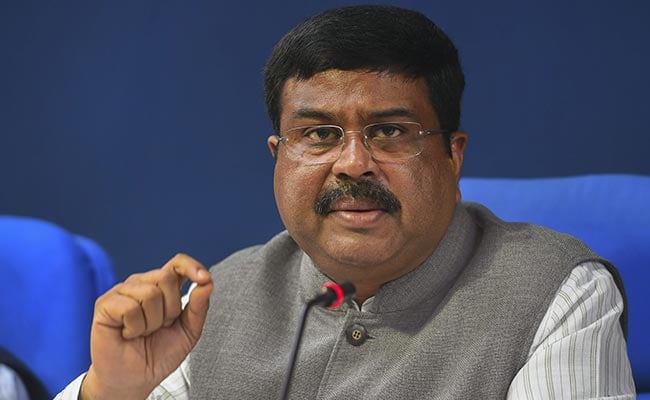 New Delhi: Union Minister of Education, Dharmendra Pradhan said that the Union Government proposes to set up a National Research Foundation (NRF) to strengthen the research ecosystem in the country with an outlay of Rs.50,000 Crore.

Minister Mr.Pradhan in a reply in Lok Sabha said today that the NRF is being envisaged as an umbrella structure that will improve linkages between R&D, academia and industry.

The total proposed outlay of  NRF is Rs 50,000 crore over a period of five years.

One of the main objectives of NRF is to seed, grow and facilitate research at academic institutions, particularly at universities and colleges, where research capacity is currently in a nascent stage. It will also fund and support high-impact, large-scale, multi-investigator, multi-institution and, in some cases, interdisciplinary or multi-nation projects in collaboration with relevant Ministries, Departments, and other Governmental and non-Governmental entities, especially industry, said Mr.Pradhan.

The Government announced the National Education Policy, 2020 (NEP) on 29-07-2020, after a gap of 34 years. The policy envisages transformational changes in the education sector. One of the major recommendations in this regard is to promote more and more use of regional languages in education.

In this regard, the Government has taken a number of steps including, NEET exam for medical entrance which was being conducted in 11 languages will now be conducted in 13 languages.

Translation of reference materials for courses of engineering in regional languages under SWAYAM platform, which has been offering online courses in disciplines such as Science, Engineering & Technology, Humanities & Social Sciences, Law, Management etc.

AICTE handbook (Approval Process Handbook 2021-22) for institutes that wish to apply for running programs in regional languages, said he.

Student Induction Program (SIP) , now a mandatory part of curriculum for students of first year in engineering, being delivered  in regional language

Tathya Correspondent - March 21, 2022 0
Bhubaneswar: Drugs and crime are two sides of the same coin and it is imperative for the younger generation not only to...