Bhubaneswar: The Comptroller and Auditor General of India (CAG) has found a number of faults in the higher education sector in the State.

In its latest report on outcomes in higher education in the State, the CAG found poor performance of placement cells in several colleges of Utkal University and North Odisha University (NOU).

The CAG audited records of 32 colleges out of the 299 colleges under the two universities, of the period between 2014-15 and 2018-19. The audit claimed that majority of the students in the State studying in these universities do not get job placements on campus unlike several private institutes in the State which claim upto 100 percent placements hinting towards a major State-run university and private university divide when it comes to jobs.

The audit report recommended the State Government to take robust initiatives to give coaching to the students of higher educational institutions for competitive exams.

“Audit test checked the syllabi of 18 out of 42 subjects in Utkal and NOU and found that the syllabi of 15 subjects were not revised, though due for revision. In NOU, only a quarter of courses had focus on employability and not a single value added course was introduced in any of the test-checked Higher Educational Institutions (HEIs),” the CAG said.

The report also talked about the very low percentage of availability of information and communication technology in such institutions besides large scale vacancies of teachers.

The vacancy position in Utkal University and North Odisha University was 38 per cent and 34 per cent respectively in 2018-19 and in both universities, there were significant instances of persistent vacancies. The Students Teacher Ratio in the institutions also did not adhere to the laid down norms (20:1), especially at college level, it said.

However, the college density (number of colleges per 1 lakh population of 18-23 years) has remained constant at 23 and was low as compared to the national average and the better performing States, the CAG said in the report, which was tabled in Assembly yesterday evening.

The CAG also observed that the department of higher education (DHE) had neither made any assessment nor prepared master plans for establishment of new government colleges in blocks, municipalities and NACs, despite having provision in the Orissa Education Rules, 1991. 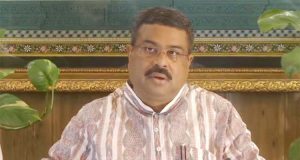